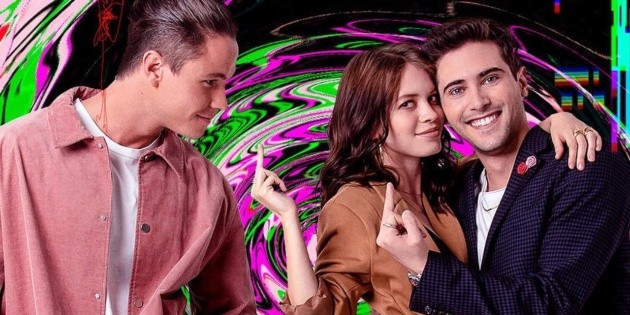 Control Z will have a third season: when does it premiere on Netflix?

Beyond the fact that Spain is a great provider of productions for Netflix, now Mexico has managed to compete with it. In addition to the success of Who Killed Sara, the platform also triumphs with Control Z. This youth series encompasses mystery, drama, romance, and social issues such as bullying, discrimination, homophobia, depression, and anxiety.


It was in May 2020 when Netflix launched the first season of Control Z thus achieving that thousands of adolescents understand the dangers of the cyber world. And, the success was such that on August 4 came the second part with more dramas, mysteries, action and a message that leaves you wondering: abuse always has consequences.

In fact, this is how Ana Valeria Becerril thought in an exclusive interview with Spoiler. The interpreter of Sofi, protagonist of Control Z, said that the importance of this series is: “speak openly and without fear of falling into dark places. It is to show the real consequences and that it is ugly and that it really affects the other person very deeply.“, said.

So much so that fiction is extremely important as far as teachings are concerned and that is one of the keys to its success. That is why Netflix decided to renew it for a third season. Although it is still unknown when it will be officially released, the announcement made by the platform ensures that it will only be in 2022. So, fans of fiction can rest assured: there is still a long way to go, especially after the tragic end of the second edition.

“Did they think they got rid of me? I bring you another little secret and there are still many”, Says the official account of Mexican production. And, next to this phrase, you see a video of the “avenger” making the big announcement. Of course, now, the controversy is expected to be much greater because students must face the consequences of their actions and a new death?