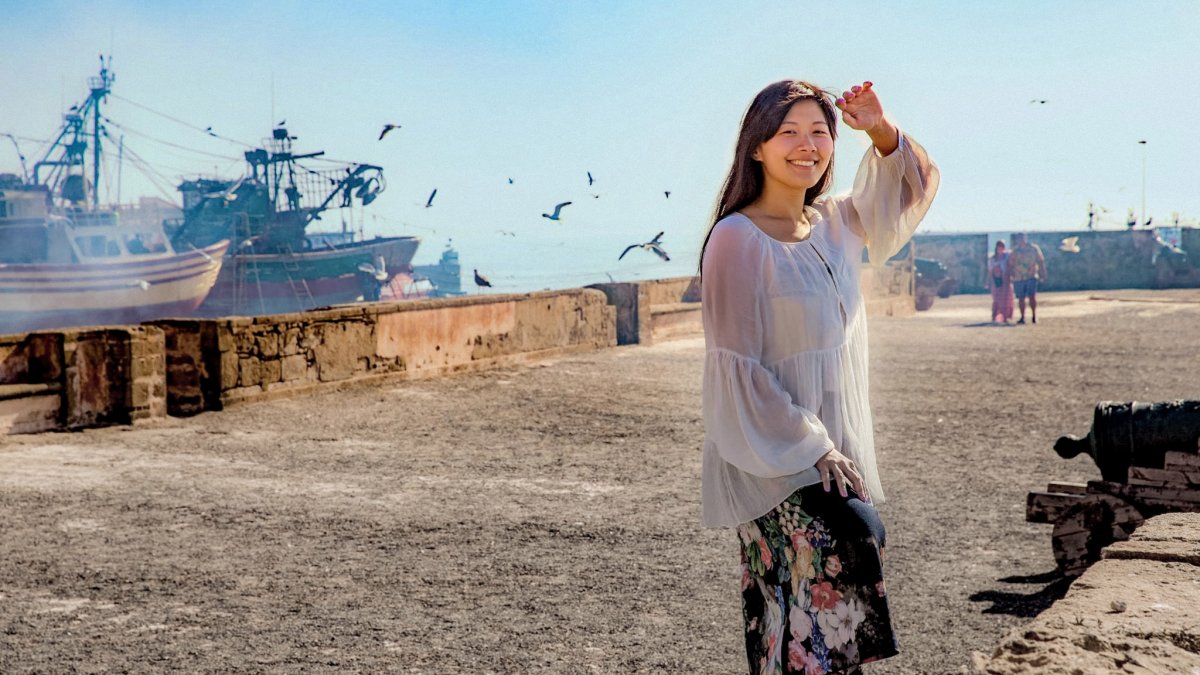 Corona from the laboratory? How a young postdoc kept theory alive

Alina Chan started asking questions in March 2020. She chatted with friends on Facebook about the virus that was spreading from China at the time. She found it kind of weird that people would say it was based on a food market. If so, why hadn’t any infected animals been found so far? She wondered why no one was considering another possibility that seemed very obvious to her: the outbreak could have been caused by a laboratory accident.

Chan is a postdoctoral fellow in a gene therapy laboratory at the Broad Institute, a prestigious research facility in Cambridge, Massachusetts affiliated with both Harvard and MIT. She had worked in a couple of labs before and knew these weren’t perfect places. In fact, she was often the one who opened her mouth when she saw problematic things. She was involved in a whistleblowing complaint about working conditions in a Harvard laboratory. (Both Chan and Harvard University declined to comment on the details.) Chan always seemed to be the one to take a stand, even if that didn’t bode well for her career. “I’m a bit stupid in this regard,” she says – and calls herself a “born shit stirrer”, someone who, to put it mildly, doesn’t mince words – on the contrary.

The discussion on Facebook began when one of her friends wrote a letter from five leading virologists in the journal “Nature Medicine” with the title, which has since been widely quoted “The Proximal Origins of SARS-CoV-2” who analyzed the likely origins of the new virus. The letter’s authors had taken a close look at the genome of the COVID-19 virus and said they could not find any evidence that it had been deliberately tampered with. A friend told Chan that the paper will “put all conspiracy theories to bed”. But when she read it, she quickly saw the problem. By ruling out the possibility that the virus was the product of manual genetic engineering, the researchers ruled out other, simpler scenarios as well. For example, a normal virus picked up by bats in the wild could have been brought to Wuhan and then escaped. “I thought, ‘They’re so wrong,'” says Chan. “They didn’t think of all the other plausible ways in which a laboratory leak could arise.”

Chan’s view is now widespread. That’s partly due to her Twitter account. Throughout 2020, Chan relentlessly communicated scientific arguments and her doubts, sometimes adding a unicorn GIF to highlight studies she felt were implausible. Meanwhile, a surprising number of scientists in their closet also believed that a laboratory leak was conceivable – if only because the world center for research on bat viruses similar to SARS-CoV-2 happens to be eight miles from the location where the The first cases of the outbreak were seen: the Wuhan Institute of Virology, or WIV for short. But there wasn’t any real evidence either, and it wasn’t worth “messing with the big boys,” as an experienced virologist who wants to remain anonymous says.

Chan wasn’t that afraid to mess with the best virologists in the world, and their tenacity has helped change the minds of some researchers. The shift in thinking is so strong now that media organizations are updating old articles that branded the idea of ​​a laboratory accident as a “conspiracy theory”. One of the posts on the “Vox” blog, for example, now states that “the scientific consensus has shifted”. In May, US President Biden finally ordered his intelligence services to conduct a new investigation into the origin of the virus. It should be available before the end of summer.

“I want to go back to a normal life”

“I think my goal has been achieved,” says Chan. “I just wanted people to do their own research and take it seriously. My job is done and I want to go back to a normal life.” But that won’t happen anytime soon. Chan is now in demand on television and radio programs and has just signed a contract with HarperCollins, a science thriller in the form of a non-fiction book about the search for the origin of COVID-19 to write – in collaboration with British science writer Matt Ridley. (Neither she nor Ridley wanted to reveal what advance payment was made for the book.) Chan must also face the consequences of her accusing the People’s Republic of China of, in fact, one of the largest human butcheries in history, allegedly related to over 3.7 million people COVID-19 may have passed away. She told me that after the book is published, she plans to change her name and try to quietly pursue her scientific career.

Chan has also drawn unwelcome and, to her, frightening attention, such as messages she receives referring to her as “a traitor of her race.” Ethnically speaking, Chan is partly Chinese, but she was born in Canada and raised in Singapore, which is where her family is from. She says her family is apolitical and her parents work in IT. “Don’t get into trouble, don’t get involved in politics” was a motto in her house. At 16, Chan returned to Canada to do both her bachelor’s and doctoral degrees from the University of British Columbia. Ultimately, she had to decide which nationality to keep and opted for the Canadian passport.

Before Technology Review recently met her at the Broad Institute, the polls were conducted on the encrypted Signal app. Chan didn’t want to say which floor she works on; they met outside the building. She has told friends that the Chinese government may be after her and says, “My goal right now is to stay alive and not be hacked.”

“There are some security concerns,” says her boss on Broad, Ben Deverman. Broad is the leading institute in the United States for research into human genetics, with a budget of $ 500 million a year. Deverman’s lab is researching how to modify viruses that could be used in gene therapy. “I think she probably did more than anyone to get the public involved and present things from a mainstream scientific point of view that might not seem like a mainstream point of view at the time,” he says of her work the lab leak theory. “Your view of things hasn’t changed, but other people’s has.” This includes people within the institute who supported their freedom of speech but asked them to keep a certain distance between their work and their Twitter activities. “We see it as outside of what it’s paid for,” says Deverman. “As long as she doesn’t speak for anyone but herself, it was her right to discuss the subject and stick with it.”

“I’m quite scared if I just think about all the things that theory implies – and what will happen if it turns out to be true,” says Deverman. “It’s a bit scary. I honestly don’t know how the world would handle this information, but that wouldn’t be good.”

Anyone interested in the lab leak theory should have followed Chan on Twitter since at least May 2020. At the time, she represented a unique person among online detectives who got to the bottom of the mystery. She worked at a proper scientific institution, didn’t seem crazy or had a particular motive. Chan is smart, friendly and has numerous references. She took the time to share and explain new information. “There’s no doubt that it helped bring the discussion of a possible laboratory origin to a level where more people are willing to talk about it, not just conspiracy theorists,” says Jonathan Eisen, who is at the University of California, Davis, who studies the evolution of microorganisms and is also involved in discussions on the origins of COVID-19 on social media.

The obvious problem with the laboratory leak theory, however, is that there is still no concrete evidence to support it. Chan has no concrete idea of ​​how exactly an accident could have happened – whether a student got sick in a bat cave or whether secret research into infecting mice with a novel virus went wrong. Chan’s contributions often do not refer to direct evidence at all; more often they revolve around their absence. She tends to point out things that Chinese researchers didn’t do or say, important facts they didn’t reveal as quickly as expected, an infected animal from the fish market that was never found – or a virus database that was in the September 2019 was taken offline by the WIV and is still offline. Chan’s statements always clearly indicate that there is a cover-up – and thus a plot to hide the truth.