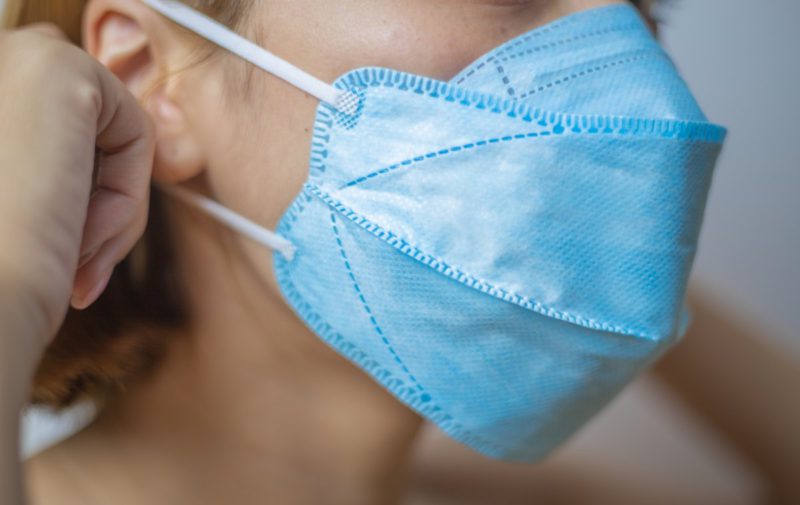 Long Covid is the great uncertainty of the corona pandemic. It has been clear for some time that the virus not only triggers an acute infection, but can also cause health restrictions in those affected over a longer period of time. However, there is no clear clinical picture behind Long Covidbut a wide range of complaints that occur with varying frequency and intensity and rarely together.

The disease plays a major role. Alarmed at the end of October a study by the Center for Evidence-Based Health Care at the University of Dresden. There, the health insurance data of more than 150,000 people with proven COVID-19 disease were evaluated with reference to a group of 750,000 comparable people. Accordingly, significantly more new symptoms and diseases are diagnosed not only in adults, but also in children and adolescents more than three months after the COVID-19 diagnosis than in the comparison group. The rate of corona cases was more than 30 percent higher, adults are more affected than children and adolescents.

It is not yet known exactly what proportion of corona infected people still have symptoms three months after infection. That Post-Covid-Center of the Charité in Berlin reports that four weeks after the onset of infection, about 20 percent and after six months about 10 percent still suffer from symptoms. Other studies find higher values. the Cologne University Clinic reports that 35 percent of those infected with Covid still have at least one of the symptoms after seven months that are particularly typical of Long Covid: Shortness of breath, rapid exhaustion, or smell and taste disorders.

What is certain is that such long-term effects occur after both mild and severe courses. Even a full one Vaccination does not necessarily protect against Long Covidwhen a vaccinated person becomes infected. Many experts therefore call on politicsTo include Long Covid in the risk assessment as a supplementary criterion to the current incidences and the occupancy of the intensive care units. Even the traffic light coalition responded. It wants to ensure needs-based supply and the long-term consequences of COVID-19 to be researched with a Germany-wide network, according to the coalition agreement.

The fact that infectious diseases can also cause long-lasting complaints is best known from Pfeiffer’s glandular fever (infectious mononucleosis), which can last more than six months. The pathogen of the first SARS epidemic in 2002 also showed this effect. Nevertheless, the origin of Long Covid is poorly understood. Experts distinguish several forms. The easiest to explain are long-term consequences that arise after severe courses. When patients are admitted to the hospital because the lungs are badly damaged or they even need to be given a ventilator, it takes a long time for the lungs to regain their normal capacity. Some patients who have previously suffered from chronic illnesses are so severely affected by the infection that their quality of life is permanently reduced.

But the Long Covid cases, which arise after a rather harmless course of the disease, are much more puzzling. Researchers know that Covid is not just a lung disease, even if the infection is usually most pronounced there. The virus can become active in very many places in the body. To enter the cells, SARS-Cov-2 uses the entry receptor ACE2, which is found in many tissues. In this way, the virus can cause complex damage. It attacks the inner skin of the blood vessels, it leads to a dysregulation of the immune system, which is expressed by inflammation or autoimmune diseases. It changes them White blood cell composition, favors the development of coagulation disorders such as thrombosis and embolism. When the sense of smell is damaged, it is because the cells of the olfactory lining have become infected Researchers at the Max Planck Institute for Neurogenetics discovered. Research groups report new findings on Long Covid almost every month. There is currently no specific therapy, the doctors can only treat the symptoms.

However, it should not be neglected that the psyche can play a role at Long Covid. The Constances cohort study from France, which has been running since 2012 provides a good examplehow self-perception can be deceptive. The researchers asked 26,823 volunteers about a Covid 19 disease. 914 people said that they believe they were infected with Corona, but that it probably had a mild course. One in seven in this group reported tiredness and exhaustion as a lasting aftereffect. When the researchers examined this group for antibodies against the virus, they found that only about half had actually become infected.

Study leader Joane Matta from the University of Paris suspectedthat some of the persistent physical symptoms after COVID-19 infection are more related to belief in infection than to laboratory-confirmed illness. The French researchers found a suitable comparison group by chance. According to the laboratory results, 638 participants had gone through Corona, but did not notice it. In this group, only about three percent reported persistent fatigue. Only in one symptom did both groups agree with their own perception and findings in the laboratory. The people who complained of loss of smell and taste had also gone through an infection.

It is clear that the pandemic is not only affecting the infected with its long-term consequences. The incidence of depression, eating disorders and obsessive-compulsive disorders has worsened massively during the pandemic. During the lockdown until spring 2021, mental health suffered increasingly and reached its lowest point in the course of the pandemic, scientists report from Research group social neurosciences of the Max Planck Society.