Coronavirus risk is inevitable in Tokyo, WHO warns 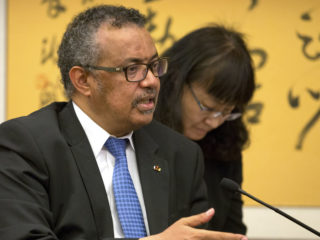 The director of the World Health Organization (WHO) assures that it will be impossible to avoid contagion during the Olympic Games, since several cases have already been detected among athletes from different countries.

Tedros Adhanom Ghebreyesus said he is aware of the precautions, measures and sacrifices that both the Tokyo Organizing Committee and the Japanese government and people, as well as teams and athletes, have taken to make these games as safe as possible, but He also reiterated that the mark of success in the next 15 days “will not be zero cases”.

“The hallmark of success is ensuring that cases are identified, isolated, tracked and dealt with as quickly as possible, and the subsequent transmission is interrupted “, said the head of the WHO in the recent session of the International Olympic Committee (IOC).

Criticisms of the leaders of the richest countries

Likewise, in his speech Adhanom criticized the leaders of the richest countries and challenged them again to achieve a fairer distribution of vaccines, which “they have been concentrated in the hands of a lucky few” and privileged, who are not always those who run the greatest risk, while “the most vulnerable remain unprotected.” Thus, in low-resource countries only 1% of people have received at least one dose, when 75% of vaccines have been administered in only 10 countries.

“If only one part is irrigated, the rest will continue to burn. And the embers of a fire can easily cause a fiercer one in another place,” said the WHO director, alluding to no one is safe until everyone is.

Cases of coronavirus related to the Olympic Games.

The data collected by the IOC shows that by July 21 a total of 75 cases of covid-19 related to the Olympic Games were registered, which includes not only athletes, but also employees of the Olympics organizing committee, national committees, and contractors and volunteers who work on the tournament.