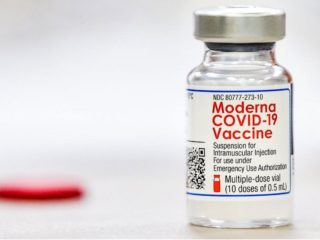 Member countries of the World Trade Organization (WTO) have agreed to start official negotiations on the temporary suspension of patent claims for coronavirus vaccines. According to observers, the European Union did not contradict it, but brought a counter-proposal into the negotiations.

More than 100 countries, the United Nations and many aid and civil rights organizations recently supported the “TRIPS Waiver”, which, given the scarcity of vaccines, is supposed to push production by as many producers as possible in as many countries as possible. Activists had earlier in the week 2.7 million signatures submitted by citizens from all over the worldwho want to see faster access to vaccines realized through exemptions from patent protection.

However, that does not mean that licenses will actually be released temporarily in the end. The EU has prevailed so that its counter-proposal also becomes part of the negotiations. It provides financial support for the Covax vaccine pool and direct vaccine donations to poor countries; and that even though vaccines are still scarce in the EU. In the medium and long term, however, the EU wants to help build up more local vaccine production in developing countries.

For this purpose, EU Commission President Ursula von der Leyen promised funds of one billion euros in the European Parliament on Wednesday morning. Other points that the EU wants to talk about instead of suspending patent protection are clearer rules against trade restrictions on vaccines and the raw materials required for them. In addition, it wants to fundamentally support the development of vaccine production and also tighten the TRIPS rules for compulsory licensing that are already possible.

Von der Leyen justified the EU’s resistance to the suspension of patent rights by saying that “patents don’t tell the whole story” of the complexity of vaccine production. The European Parliament will vote again today, Wednesday, on Europe’s position on the “TRIPS Waiver”. The result of the vote is not yet available.