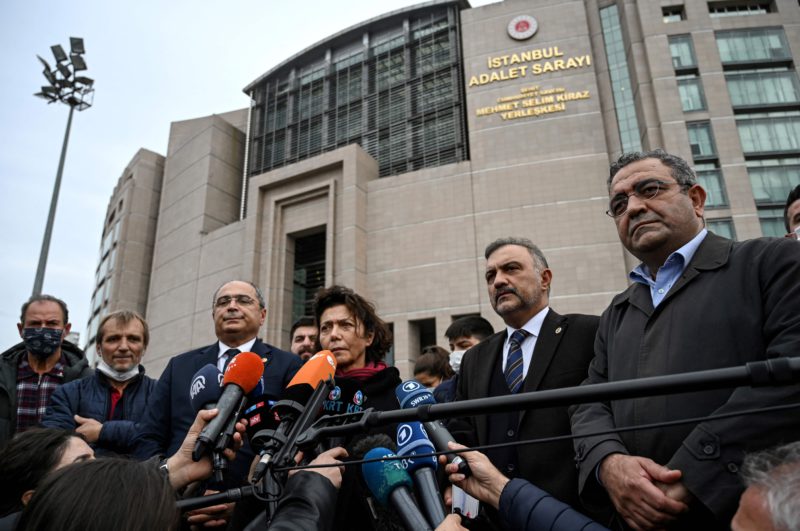 The Committee of Ministers of the Council of Europe approved this Thursday the start of an infringement procedure against Turkey due to the repeated refusal of the courts and the Turkish Government to comply with a ruling of the European Court of Human Rights (ECHR), located in the French city of Strasbourg, which demands the release of activist and philanthropist Osman Kavala, imprisoned for more than four years. The decision was taken after receiving the approval of more than two-thirds of the representatives of the 47 member states of the Council of Europe – not related to the EU -, an institution on which the ECtHR depends. The process may culminate in Turkey’s loss of voting rights or even expulsion from the pan-European organization.

Kavala, a businessman involved in numerous social and cultural causes, was arrested in 2017 and accused of having financed and led the Gezi revolt (in Istanbul), which put the government of Islamist Recep Tayyip Erdogan on the ropes in 2013. After being acquitted Last year, Kavala was arrested that same day and charged in a new judicial process for allegedly having participated in the failed 2016 coup attempt. In addition, the allegations related to the Gezi revolt have been recovered and aggravated, after knocking down justice the previous acquittal.

The Strasbourg Court ruled in December 2019 that Kavala’s procedural rights had been violated and demanded his immediate release. But Ankara avoided carrying out the sentence by first hiding that it could present allegations and, later, that Kavala had been arrested on charges other than those referred to in Strasbourg.

The extraordinary measure taken this Thursday begins a long and complex process in the Council of Europe that can last for months. In the first place, Turkey will be notified of the initiation of the infringement procedure, which will have to respond with its allegations. Subsequently, the Strasbourg Court will be consulted whether Ankara has violated the European Convention on Human Rights by refusing to apply its 2019 judgment. If the court reaches that conclusion, the case will be referred back to the Committee of Ministers for a decision on what sanction implement, which could range from suspension of voting rights to Turkey’s expulsion from the pan-European organization, of which it is one of the founding members.

The proceedings could be stopped only if the court trying Kavala agrees to release him at one of its monthly reviews. According to local analysts, Erdogan has a particular fixation with Kavala, whom he has defined as “representative of the Jewish [George] Soros ”, magnate and founder of think tank Open Society, which promotes liberalism and is considered the black beast of the new far right.

The European Parliament rapporteur for Turkey, Nacho Sánchez Amor, who has closely followed the Kavala trial, explains: “This matter could have been resolved many months ago with compliance with the sentence. Although they disagree with the sentence, the Turkish authorities are obliged to comply with it. This resistance to comply has an inexplicable point, because it is not an external imposition on Turkey, but there is an international institution to which Turkey belongs and whose membership includes the commitment to comply with the judgments of the Court of Human Rights ”.

There are few precedents to look at in order to know what consequences the infringement process against Turkey will have, apart from damaging the image of a country that has been criticized for its progressive departure from democratic values ​​and commitment to European institutions. In 2017, a similar measure was taken against Azerbaijan for refusing to release the opposition Ilgar Mammadov, but a few months later Baku decided to release him and the dissident was finally acquitted by the courts of the Caucasian country. Turkey itself was warned almost 20 years ago that an infringement procedure would be initiated if it did not comply with compensation to a Cypriot who had lost her property in northern Cyprus after the Turkish occupation of the northern third of the island in 1974. The Compensation was decreed by the ECHR in a 1998 ruling and the warning against Turkey came in 2003, after which Ankara agreed to proceed with the payment.

Only one country has left the Council of Europe since its founding in 1949: Greece. It was during the Colonels’ Dictatorship (1967-1974) when, in the face of criticism for human rights violations and the threat of an expulsion process, the Greek military junta itself decided to leave of its own accord (after the return of democracy, the country was readmitted).

Russia’s voting rights were withdrawn in the parliamentary assembly of the Council of Europe following its 2014 annexation of Ukraine’s Crimean peninsula. In protest, Moscow decided to withdraw its parliamentarians and stop paying its contribution to the Council’s annual budget, after which it was threatened with expulsion. Finally, an agreement was reached, controversial for many, that allowed the return of the Russian parliamentarians to the organization.