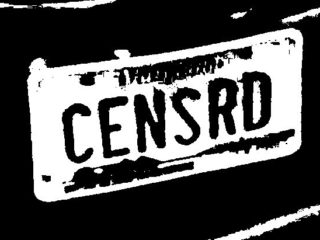 The federal states want to oblige providers of operating systems, for example for PCs, laptops and mobile phones, to pre-install youth protection filters and to block all websites by default that are not suitable for under 18-year-olds or are not provided with an age label. That would affect most websites in the world.

The legal vehicle for this censorship is supposed to be an amendment to the State Treaty on Youth Media Protection (JMStV). IT and media associations as well as voluntary self-regulation institutions sharply criticize this plan. The proposed concept is “neither technically feasible nor feasible in terms of content,” complain the organizations in a fire letter available to the heads of the state chancelleries of the federal states.

“In terms of its effect, it is neither appropriate nor effective. The inevitably resulting over-blocking cannot be in the interests of the federal states. We urge you to take this into account when you continue to work on the JMStV.” The signatories of the letter of June 8th include the associations Bitkom, eco, Game, Vaunet and ZVEI as well as the leading organization of the film industry (SPIO). There are also the self-regulating bodies FSF, FSK, FSM and USK. The manufacturer of the youth protection program JusProg has also signed the letter.

Large parts of the Internet are blocked

According to the critics, one of the problematic aspects of the draft discussion is that the vast majority of the content on the international Internet does not have any technical age indicators as defined by the JMStV. It is also not to be expected that all website operators “will label according to the German system in the future”. This would oblige operating system providers “to effectively block large parts of the Internet – in the starting point on all devices”, as long as the age verification of the users has not been completed.

Paragraph 12 of the controversial “first working draft” for the JMStV reform states: “Operating systems that are also intended for the German market must provide technical programs.” These filters would first have to “include the age level ‘under 18’ in the basic settings, unless the user has proven that they are older”. Parents should be able to “set the child at a younger age” “in a simple and secure manner”.

Devices should reveal the age of the user

“Broad-reach providers of telemedia with editorial responsibility” who have more than 100,000 users per month should also have a software interface ready that allows the operating system to transmit the age level of the user anonymously. The data should be deleted immediately after each access. Corresponding operators of news sites, for example, would also have to use software to ensure that offers that impair development are only accessible in accordance with the appropriate age groups.

For media platforms, intermediaries and, if necessary, video portals such as YouTube with more than one million users per month, the project is also subject to the requirement to set up and operate systems that allow users to report improperly labeled inadmissible and development-impairing offers. If necessary, they would also have to classify content themselves. The regulations should also apply to foreign providers whose services are “intended for use in Germany”.

When assessing a developmental impairment, according to the draft, providers must in future not only consider content-related risks “in particular communication and contact risks, mechanisms for promoting excessive media usage behavior and economic risks”.

Talking past one another

The draft discussion dates from April 2020. Since then, various hearings have taken place, mainly with representatives from the business community. The participants drew different conclusions from the dialogue. So said the head of the Saxon State Chancellery, Oliver Schenk, in one Communication from the state media authorities in March after a “media policy discussion” that the “greatest challenge” was an “easy-to-configure, cross-operating system setting for the protection of minors on all relevant platforms”. The federal states have therefore now developed “a new concept for a practical technical protection of minors in the media”.

“Numerous technical discussions with industry representatives and scientists” have confirmed, according to Schenk, that the filter approach developed “can be technically implemented with reasonable effort”.

The associations and self-regulatory institutions emphasize: The aforementioned “confirmation” was not given “in any of the specialist discussions in which the industry representatives who signed here were involved”. The opposite is the case: In these rounds “very clear criticism of the draft was expressed, among other things with a view to the technical feasibility”. Before the federal states made a new attempt, “we would like to make it very clear once again that we continue to have very serious and fundamental concerns about the new regulatory concept”. However, they are ready “to build on the already well-functioning approaches from the industry”.

Major changes to the set of rules were made last year with the resolution of the State Media Treaty, in which the states refrained from a general ban on porn advertising after criticism. At the same time, the Bundestag recently tightened the Youth Protection Act, which originally focused on carrier media such as CDs, DVDs and video boxes. As a result, age ratings for computer games have become stricter. Producers must also take interaction risks into account. The federal states criticized that the level of protection was too low, that double structures were being set up and responsibilities remained unclear.