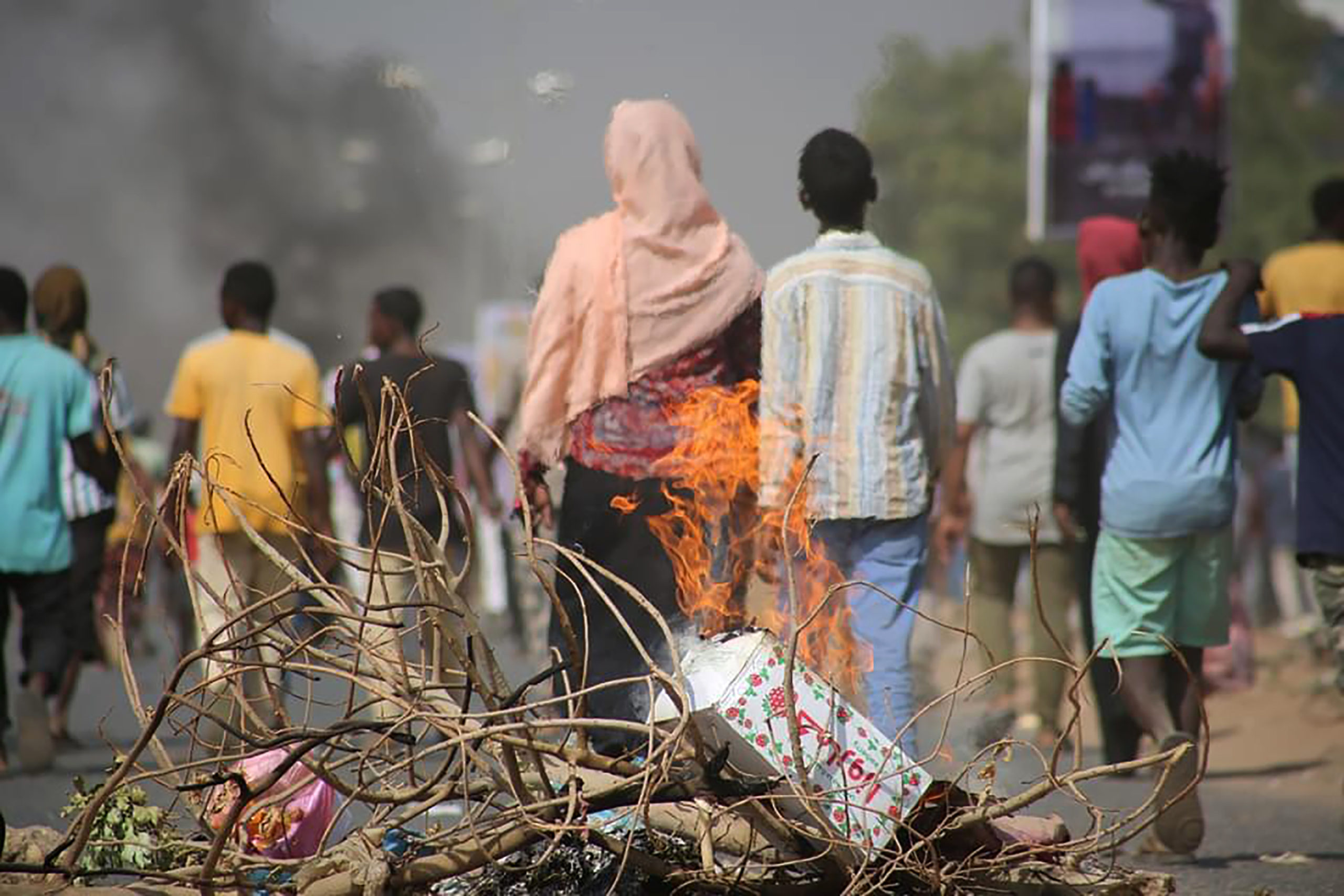 The United Nations Security Council will meet this Tuesday in an emergency session behind closed doors to address the coup d’état perpetrated this Monday by the Army in Sudan and which threatens to bury its path to democracy. The military pronouncement has been categorically condemned by the international community, and has been tenuously welcomed by the allies of the generals, mainly the Gulf monarchies. In the country, a very significant number of people have been mobilized at night and during the early hours of the morning to try to prevent the movement of the uniformed and defend the transition amid calls for civil disobedience and a general strike undefined. Clashes with security forces yesterday caused the death of four people. Foreign Minister Mariam al Sadiq al Mahdi, has reported that both the Prime Minister, Abdallah Hamdok, and the members of the Cabinet detained this Monday are still unaccounted for, according to Reuters. The internet signal in the country continues this Tuesday interrupted, as verified the NetBlocks monitoring organization.

The commander of the Sudanese Army, Abdelfattah al Burhan, announced yesterday the seizure of power in Sudan by the military and the dissolution of the main organs of the transition in the country hours after several high civilian positions of the Executive, including the Prime Minister Hamdok and leaders of related parties and organizations were arrested and transferred to a still unknown destination. Al Burhan also declared a state of emergency in the country, which at the moment he has not been able to apply, and the suspension of several articles of the document that served as the Constitution in the transition. The general anticipated that they will appoint a technocratic government until an election in 2023.

One of the first countries to make a move in light of the events has been the United States, which in addition to condemning the coup has announced the immediate suspension of 700 million dollars in emergency economic assistance funds to Sudan, a decision that adds pressure the military, but it will also affect the poorest sectors of Sudan. The spokesman for the US State Department, Ned Price, said at a press conference yesterday that Washington expects the immediate release of the detainees, the full reestablishment of the civil transition government and the abstention of any violence against protesters. The United Nations, the African Union, the Arab League and the European Union have also urged a return to the transition phase.

Countries such as the United Arab Emirates, Saudi Arabia and Egypt, which had cultivated good relations with the military since the fall of former dictator Omar Al Bashir in 2019, have instead been much more subdued in the face of the movement of the generals, and in their reactions. They have avoided condemning the coup and have chosen to call for calm and restraint to maintain stability and security in the region. None of them, however, have so far expressed explicit support for the military.

In Sudan, supporters of a civil and democratic transition have kept up the pressure on the streets overnight, especially in Khartoum, the capital, and its sister city Omdurman, as shown by images released on social media, which capture court cuts. of roads also in other cities of the country. The Sudan Professionals Association, key in the mobilizations that led to the downfall of Al Bashir, the Prime Minister’s office and the Forces of Freedom and Change, which led the protests against Al Bashir, called yesterday for civil disobedience and the general strike, to which multiple unions have joined, and to resist in the streets. In its statement this Tuesday morning, the country’s Doctors Union indicated that so far it has confirmed four protesters killed by gunshot wounds from the military forces.

On a statement released late on Monday, the Sudan Information Ministry assured that the government dissolved by Al Burhan continues to be the sovereign and executive government of the country, and considered that all unilateral measures and decisions taken by the military lack a constitutional basis and violate current legislation. The ministry also appreciated the support received from the international community.