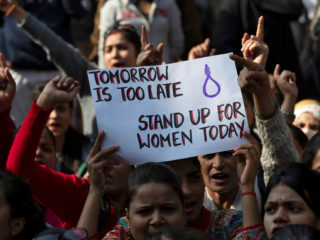 The Supreme Court of Victoria (Australia) this Wednesday has sentenced a Kumuthini Kannan and her husband Kandasamy for having kept an Indian woman as a slave in their house on the outskirts of Melbourne between 2007 and 2015, they report local media.

The woman, who is now 67 years old, is originally from the Indian state of Tamil Nadu. He had already worked twice before for the couple. In 2007, it was agreed through his son-in-law that he would perform housework and care for the Kannan children in exchange for a salary, for which he obtained a 30-day tourist visa.

A #Melbourne couple who kept a grandmother as a slave for eight years in their home has been jailed. #9Newshttps://t.co/7bTxJvSdJf

But when she arrived they enslaved her. She was forced to cook, clean and care for the little ones for about $ 2.50 a day and she only had one hour of rest each night. In addition, they physically abused her: they poured hot water, cut her up and even beat her with a frozen chicken.

The victim was discovered when Ms Kannan was forced to call an ambulance after finding her trembling on the ground in a pool of urine in July 2015. When paramedics arrived, they found her weighing 40 kilos and with a temperature 28.5 ° C. He had no teeth and it was discovered that he suffered from diabetes and septicemia.

“They should be ashamed”

The Indian woman was taken to a hospital, but the couple did not reveal their identity and lied to the police to hide their link with her. After two months, she recovered and now lives in a nursing home. You will have to use a catheter for the rest of your life.

“They both greatly exploited a illiterate and vulnerable person, for which they should be ashamed, “Judge John Champion said in his ruling, which underlined the significant imbalance of power that existed between both parties.

The magistrate assured that they gave a “deplorable example” to their three children and that they have not shown any remorse for their actions. For all these reasons, they have been found guilty of knowingly owning and exercising the property right of a slave. The woman will spend eight years in jail and the man six years.