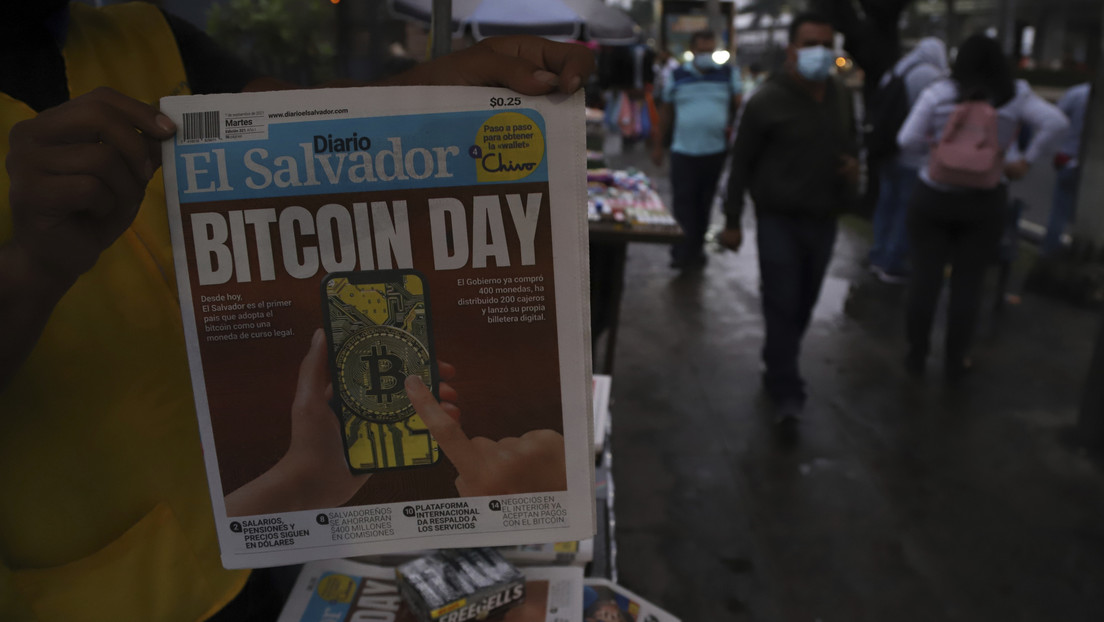 The Court of Accounts of El Salvador, an autonomous body in charge of ensuring transparency in public management in the Central American country, has decided order the execution of a “legal analysis” that allows for an “audit examination” to the Government of Nayib Bukele to clarify “the outflow of funds from the Public Treasury” for the purchase of bitcoins.

The procedure was admitted by the Court of Accounts after receiving a complaint filed by the human rights organization Cristosal, which works for the defense of victims of violence in El Salvador, Honduras and Guatemala.

Through Twitter, Cristosal showed an image of the document issued by the aforementioned court, in which they were notified that their complaint, posted on September 10, had been admitted.

#ElSalvador | The Court of Accounts of the Republic has notified us of the admission of the complaint that we filed as Cristosal on the 10th of this month, to carry out an audit examination of the execution of the Bitcoin trust. We share a fragment of the document received. 👇 pic.twitter.com/FXlkrWhCD3

Cristosal has requested an investigation into the management of resources that the Salvadoran government has carried out in relation to buying bitcoins and cryptocurrency ATMs, after the approval of the “Bitcóin Law” that converts this digital asset into the second legal tender, after the dollar.

On September 6, Bukele ad the purchase of 200 bitcoins and said that his government already owned 400 cryptocurrencies of this type. The acquisition took place one day before the aforementioned law came into effect.

The Court of Accounts, once the investigation has been carried out, must issue a decision that could generate administrative and patrimonial sanctions against the Government -if it finds any irregularity-, and even involve the presentation of the case before the General Prosecutor’s Office to open the criminal proceedings that result. corresponding.

Why is there controversy?

The approval of the aforementioned law has brought controversy and protests in El Salvador, as it is presumed that it has been carried out in the midst of a plot that includes benefits for companies close to members of the Executive and even Bukele himself. In addition, its implementation has not had the support of the World Bank, which has indicated that in the Central American country there are “environmental and transparency deficiencies” to implement its use.

After the use of Bitcoin came into effect, the network of companies that would be behind the logistics for the use of cryptocurrency began to be unveiled, many of them close to President Bukele’s environment.

The most relevant name is that of the head of the President’s Cabinet, Martha Carolina Recinos de Bernal, who appears as part of the board of the Transmitter Company of El Salvador, Sociedad Anónima de Capital Variable (ETESAL), one of the Group’s firms CEL that — together with the Ahuchapán Electric Light Company— they own the application ‘Chivo Wallet‘, promoted by the Executive so that the population uses bitcoin in daily transactions.

In addition, the network owns the entire network of cashiers Chivo machines, ready for Salvadorans to carry out their operations with bitcoin. Recinos de Bernal, on the other hand, was recently included in a list of allegedly “corrupt” officials sanctioned by the US.

In this context, on September 15, when El Salvador was commemorating the Bicentennial of the declaration of its independence, thousands of people took to the streets to protest against the Bitcoin Law, considering it as an exclusive regulation “only for the rich”. that promotes “corruption”, that encourages inequality and accentuates poverty in the Central American country.