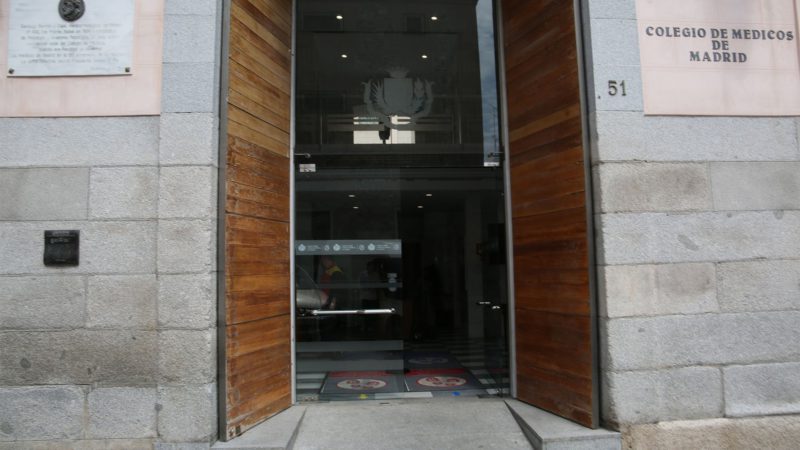 The president of the Illustrious Official College of Physicians of Madrid (ICOMEM), the Dr. Manuel Martínez-Sellés, has met this morning with the Standing Commission and with the other three members of the Board of Directors to ratify the filing of a criminal complaint against the Secretary of the Board and his legal adviser.

At the meeting, the president stated that “they have made very tough decisions in defense of the collegiate associations because it is our obligation to defend our heritage and the essence of professional medical associations. Minutes have been falsified with serious consequences for the interests of doctors and the people who have caused this situation should not be in our institution. Nothing we have discovered is tolerable and we will go to the end.

The criminal complaint has been filed against the Secretary, Dr. Armando Fernández Sánchez and against and your legal advisor, Mr. José Luis Antolín Navarredonda, for the alleged crimes of misappropriation, corruption between individuals and documentary falsification, to which must be added the crime of unfair administration in the case of the Secretary. The extension of the accusation against other persons or entities is not ruled out.

The president and the Board of Directors regret the situation of temporary instability in which the College has plunged, although they are convinced that the college will be strengthened after the legal actions taken.

Last week the Permanent Commission approved requesting an evaluation from the Legal Department of the minutes and contracts of the people involved. In the hours prior to the filing of the complaint, the resignations of the member of Physicians in Training, Dra. Cristina Sánchez Díaz; of the member of Specialized Care Physicians and Hospitals, Dr. Luis Cabeza Osorio; of the member of Doctors for the Promotion of Employment and International Cooperation, Dr. Alfonso Prada Cañizares and member of Retired Physicians, Dr.bJose Ramos, accompanied by the requirement to call early elections. The tasks corresponding to the deserted councils have been reassigned to other members of the Board of Directors and are standardized in their operation.