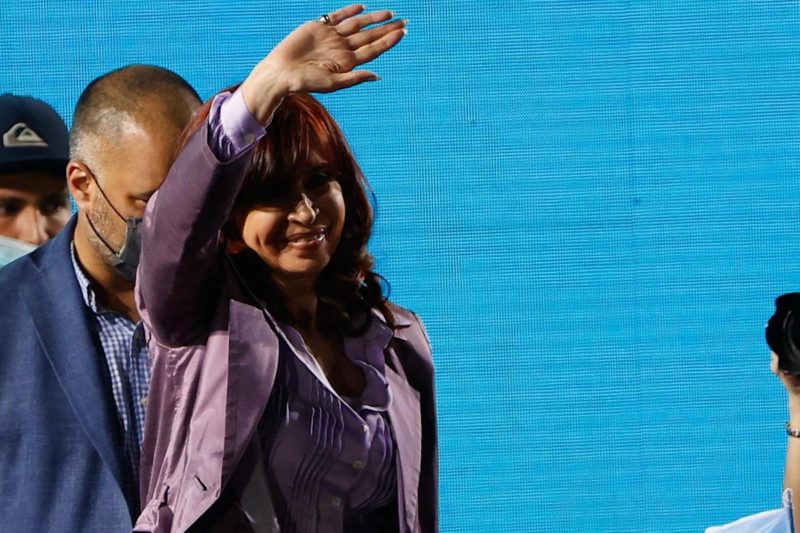 Buenos Aires, Nov 27 (EFE) .- The Argentine vice president, Cristina Fernández de Kirchner, said this Saturday in a public letter that Argentina’s negotiation with the International Monetary Fund (IMF) is in charge of the president, Alberto Fernández; In addition, he ruled out “ignoring debts” and pointed to the opposition for also having the responsibility of guaranteeing or not the deal with the multilateral organization.

“Cristina does not have the pen … she always had it, it has it and the President of the Nation will have it. And I am not saying it, the National Constitution says so. Let no one be fooled about who decides the policies in Argentina”, wrote in the letter posted on social networks.

Fernández de Kirchner said that he wrote the letter in response to the “hegemonic” media, the sectors of “real power”, the IMF, the Wall Street “brokers” and the opposition who are wondering “what to do” the vice president regarding a possible agreement with the Fund for the 57,000 million dollars requested by the Government of Mauricio Macri (2015-2019) in 2018, of which 44,500 million dollars were disbursed.

The vice president replied that “it is the head of the Executive Branch who carries out the negotiations in exercise of his constitutional responsibility in this matter.”

DO NOT KNOW DEBTS

The position of the vice president on the agreement with the IMF has been a source of uncertainty in the market, since Argentina should pay the body, between capital and interest, 19,020 million dollars next year, 19,270 million in 2023 and 4,856 million in 2024, commitments that the Fernández Government assures that his country, with serious macroeconomic imbalances, is not in a position to face.

Fernández de Kirchner, however, indicated this Saturday that “no one is talking about ignoring debts.”

She pointed out that Kirchnerism, in reference to the presidency of her husband Néstor Kirchner (2003-2007) and his presidency between 2007 and 2015, “has a historical attribute which is that of having paid the debts generated by other governments”, recalling the cancellation of debt with the IMF in 2006 and restructuring of debt with private creditors in 2005 and 2010.

But he did not fail to point out that the current “is an extremely serious historical moment” for Argentina and the definition that is approved may constitute the “most authentic and true stock of memory for development and growth with social inclusion” of the South American country.