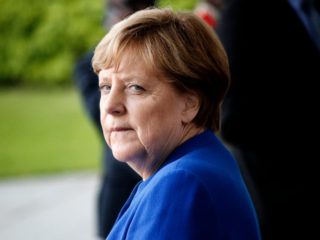 Development organizations have criticized the plans of the major industrialized nations (G7) to help needy countries with a billion doses of vaccine as inadequate. At the beginning of the G7 summit this Friday in Carbis Bay, England, they also called for the revocation of patent protection for vaccines, the transfer of technology for vaccine production and investments in regional production worldwide.

11 billion instead of one

“Immediate distribution of vaccination doses is urgently needed at the moment and the billion vaccine doses are therefore welcome,” said Jörn Kalinski from Oxfam. But if that is all, “it must be counted as a failure”. The World Health Organization (WHO) believes that 11 billion vaccine doses are necessary – or at least eight billion to vaccinate 80 percent of the population in countries with low and middle incomes for herd immunity.

“Charities will not resolve the colossal structural crisis in global vaccine supplies,” said Kalinski. “The G7 needs to break the monopolies of some pharmaceutical companies and insist that qualified manufacturers around the world can ramp up production.” The lives of millions of people should “never depend on the uncertain benevolence of rich nations and for-profit pharmaceutical companies”.

Merkel and the EU block

The organizations Oxfam, World Vision or One called on Chancellor Angela Merkel to follow the example of French President Emmanuel Macron, US President Joe Biden as well as India and South Africa and to declare their support for a temporary release of the patents. Merkel and the EU Commission had repeatedly spoken out against it because, in their view, it would not solve the problems.

Former British Prime Minister Gordon Brown also advocated repeal. The plans for a billion vaccine doses against the corona virus are “not enough”. “Decisions about life and death cannot be left to some kind of charity event where the begging bowl is passed from one leader to another,” Brown said at an event hosted by One at the summit.