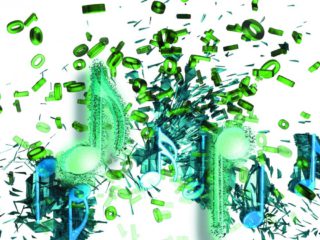 The Bytecode Alliance has released version 0.28 of Wasmtime, a runtime environment for WebAssembly (Wasm). The most important change is the fundamental redesign of the API, which should improve the implementation of Rust and the memory management. Also new is an embedding option for C ++ code via the code base of wasmtime-cpp.

The interface of the runtime environment should enable developers to integrate WebAssembly support into any application – regardless of the programming language in which it is written. So far, Wasmtime supports the embedding of Wasm in applications in Rust, C, Python, .NET, Go, Bash and now also officially in C ++. There are unofficial integrations for a number of other languages.

Wasmtime is a major project of the Bytecode Alliance, which was founded in 2019 with the aim of getting WebAssembly working everywhere (including beyond the browser). At its core, Wasmtime is a just-in-time (JIT) standalone runtime written in Rust for WebAssembly. In combination with the Cranelift code generator, code from all supported programming languages ​​can be translated into executable machine code. Version 0.28 of the Wasm runtime environment is available for download on GitHub.

With the current minor release, Allianz is continuing the series of releases relating to Wasm, after version 0.5 of the W3C standard Wasm3 and the release candidate 2.0 for another runtime environment called Wasmer had recently entered the stage – Wasmer’s first major release has been since January 2021 available.

Host on August 31st heise Developer and dpunkt.verlag an online conference on WebAssembly (Wasm). Those who take part find out what Wasm exactly is, how it can be used with one’s own favorite language, and what qualifies the young technology as an alternative to containers, for example.

The speakers use practical examples to show what Wasm does in the frontend and backend and how it helps to advance your own projects. The day spans the enterprise area with Blazor, C # and .NET, Rust and JavaScript to Deno, Flutter and Kubelets. More Information can be found on the website.

Mozilla, Fastly, Intel, Microsoft and other organizations interested in cross-platform development joined forces in 2019 in the Bytecode Alliance to technically advance the still relatively young W3C standard WebAssembly and to develop an independent ecosystem for cross-platform Promote commitment. Wasm offers cross-device and cross-platform standardization, on the one hand as the “fourth language of the web” and on the other hand as a trend-setting tool in the development of applications. The Bytecode Alliance has had the status of a non-profit, non-profit organization since April 2021.