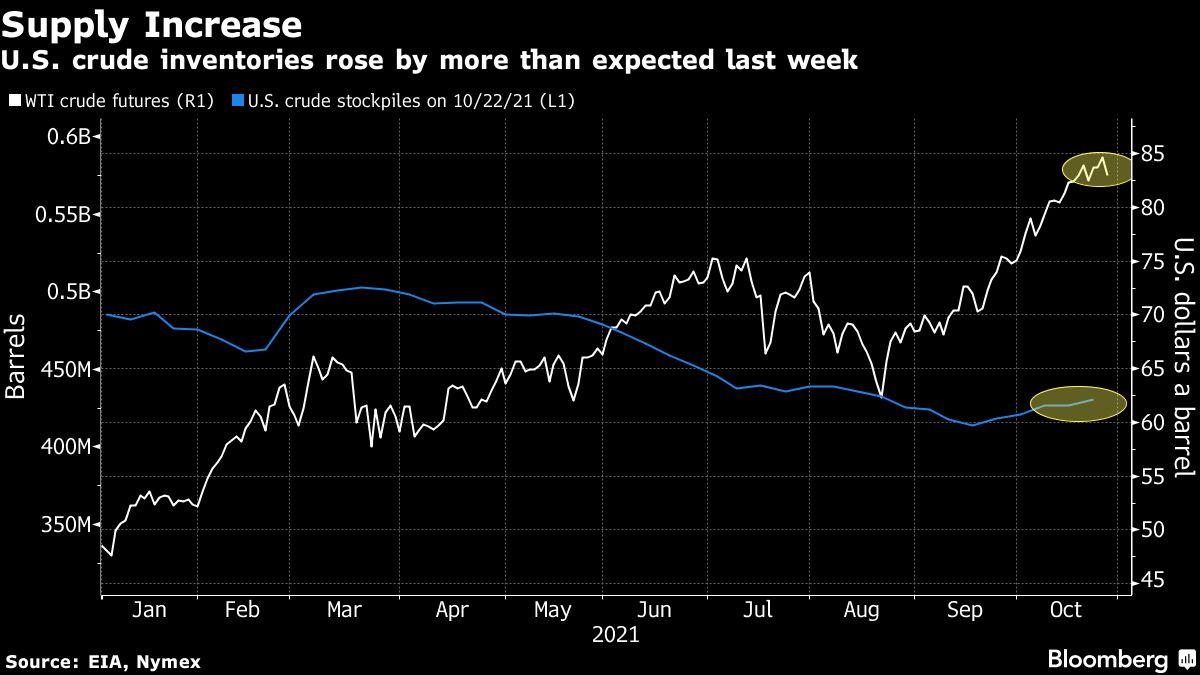 (Bloomberg) – Oil extended its slide after Iran and the European Union agreed to resume negotiations on a revival of the 2015 nuclear deal before the end of next month, signaling a greater possibility of Iranian crude returning to the market. market.

Futures in New York had lost as much as 2.7% on Wednesday. A date for talks between the great powers will be announced next week, Ali Bagheri Kani said in a tweet after meeting with the European Union’s deputy foreign affairs envoy in Brussels. Prices, meanwhile, were also affected by a US inventory report that showed a larger-than-expected increase in crude supply.

If negotiations lead to an end to US sanctions and Iran’s oil exports rise, it could end the “threat of a supply shortage that has been part of the reason for the big oil rally,” said Fawad Razaqzada, an analyst at ThinkMarkets market.

Crude oil has rebounded in recent months as a gas-centric energy crisis boosts demand for oil products and the Organization of the Petroleum Exporting Countries and its allies only modestly restore supplies. Global crude inventories are shrinking rapidly and, in China, crude supplies fell to 59% of capacity, according to data analytics firm Kayrros, the lowest level since November 2018.

The Biden Administration wants to return to the Iran deal that the United States abandoned in 2018, but has refused to lift Trump-era sanctions or release any Iranian funds before talks resume. Tehran has significantly expanded its nuclear program in response to Washington’s departure and its harsh sanctions regime.

Inventories at the nation’s largest storage facility, in Cushing, Oklahoma, saw the biggest drop since January, reducing supplies to about 27.3 million barrels. Cushing’s inventories were one of the most closely watched aspects of the report, as supplies approach 20 million barrels. Inventories have been depleting as prices for spot oil are much higher than for future delivery, making storing oil unprofitable.