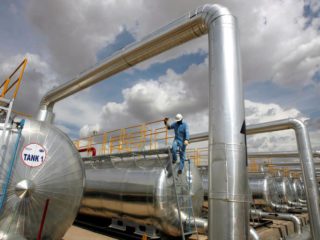 * Stocks of crude, gasoline and distillates in the United States fell last week, according to two market sources citing figures from the American Petroleum Institute (API), after Hurricane Ida forced to close many refineries and production in high sea.

* Oil inventories declined by 5.4 million barrels in the week ending September 10, compared with a forecast decline of 3.5 million barrels. The inventory report from the Energy Information Administration (EIA) will be released at 1430 GMT on Wednesday.

* “The impact of Hurricane Ida was much greater than many anticipated and production in the Gulf of Mexico could have trouble returning until Tropical Storm Nicholas stops battering the region with torrential rains,” said Edward Moya, analyst OANDA senior.

* Tropical Storm Nicholas crept up the Gulf of Mexico coast Tuesday, leaving hundreds of thousands of homes and businesses without power, although Texas refineries were operating normally.

* Crude prices were also supported by the International Energy Agency (IEA), which said Tuesday that vaccination will drive a rebound, following a three-month decline in global oil demand due to the spread of the Delta variant. of the coronavirus and renewed restrictions due to the pandemic.

(Edited in Spanish by Carlos Serrano)