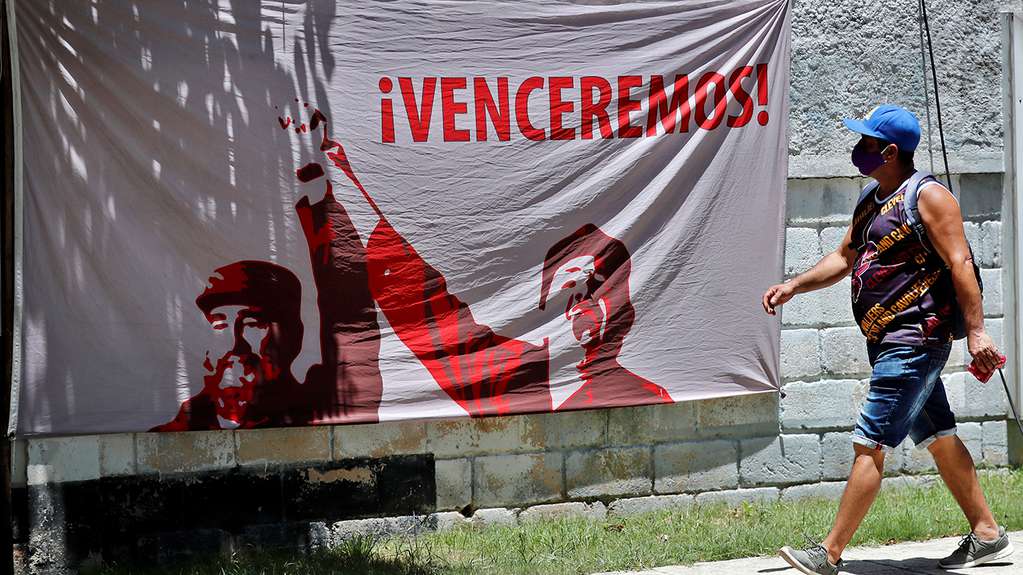 Almost three months after the protests that shook Cuba, the government of Miguel Diaz-Canel announced this Wednesday the approval of the first 32 micro, small and medium-sized private companies (MSMEs) and three other states on the island. It is a model of the economy abolished by Fidel Castro in 1968.

The initiative goes hand in hand with the promised economic reforms that break with the state monopoly of the socialist regime, in the midst of a serious crisis aggravated by the pandemic that caused the shortage of all kinds of basic necessities.

”The measure gives the green light to the creation of these new economic actors, that they can now proceed to their constitution as legal persons to exercise their economic activities, “said a note from the Ministry of Economy published in local media.

In which areas will MSMEs work in Cuba

The new companies come from 11 of the 15 provinces of the country. According to the official report, 13 of them will be dedicated to food production, six to manufacturing, three related to recycling activities and another three to technological activities. The remaining 7 were not reported.

Meanwhile, 20 are a reconversion of self-employment, until now the only form of employment in the private sector, individually, to the new form of non-state management. The others are newly created.

“The rest of the requests (presented since September 20) are being processed,” the ministry reported.

The authorities clarified that “so far no request has been denied.”

The reforms in Cuba were stopped for 4 years

After years of waiting that provoked disbelief among the interested parties, the government finally put into effect the laws of the operation of MSMEs, as well as those of non-agricultural cooperatives, detained four years ago.

With an 85% state economy, a large part of the more than 600,000 self-employed workers – settled in the area of ​​services such as restaurants, transportation and equipment repair – should be the main source of private MSMEs.

Private MSMEs disappeared in Cuba in 1968, when Fidel Castro he began to enter the Soviet state model and nationalized them in the “revolutionary offensive.” In the mid-90s, the historical leader of the Revolution analyzed its re-implementation after making a trip to China, but finally scrapped it.

The “strategic” sectors were left out

The Cuban government approved in August eight decree-laws with which it recognizes and expands the management of micro, small and medium-sized enterprises (MSMEs), non-agricultural cooperatives and self-employment (autonomous) as economic actors.

Cuban MSMEs can be state, private or mixed property, and are classified as: micro enterprise -whose range of employed is from 1 to 10 people-, small company -from 11 to 35 people- and the medium company that allows from 36 to 100 people. They can be constituted from a single partner and have as many partners as they deem, as long as they comply with the number of employed persons established by law.

These companies will not be allowed in sectors considered “strategic” for the Cuban State such as health, telecommunications, energy, defense, press and others that are not approved for self-employed workers on the island.

The country faces a severe crisis due to the pandemic that paralyzed the arrival of international tourism and the intensification of the US embargo that, among other things, prohibited the sending of family remittances to the island.