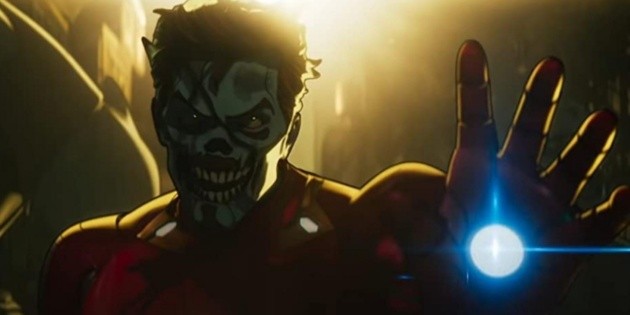 Curiosities that emerge from the trailer for “What If …?”

What If…? has a premise that has already captivated the followers of the Marvel Cinematic Universe. Sure, the series Loki rethought the bases of a multiverse that will present variables that will surprise fans of the brand. The new show of Disney+ echoes this reality with new stories that completely modify the facts that are well known to the audience of the MCU.

The first trailer in the series to be released on August 11 tells of many alternative stories that will catch the viewer and feed their curiosity about these variants that live a different world from the one we all know. Do youKillmonger save a Tony Stark of being kidnapped by The ten rings? There is another Captain America? The possibilities are endless. The show, just one. Here we list the biggest surprises of the trailer!

Tony Stark is attacked in the desert by the organization of The ten rings, which in the film version of the event achieves its mission. In this case, Killmonger, an heir to WakandaSave the famous billionaire from that fate. So Tony never builds the suit that would change his life forever as the superhero Iron Man.

The forces of Asgard appear on Earth led by Loki with warlike intentions. It seems that Lady Syf, Fendral, Hogun y Volstagg follow the God of Deception in this campaign. The land army turns out to be outnumbered. Will the conflict break out?

One of the most anticipated entries of What If…? is the episode in which Peggy Carter take the super soldier serum and become a heroine of weapons to take. A shield with the British flag and defiant attitude are the trademarks of Capitana Carter. A mystery? The character also uses a sword that could be Merlin’s Sword of Justice.

In the preview you can see Shuma-Gorath fighting with the Capitana Carter. This being is one of the most dangerous enemies of the Doctor Strange. Clarification! There are rumors that point to the horrible creature as the antagonist of the next movie of the Supreme Sorcerer.

The superheroes of the Marvel Cinematic Universe they transform into zombies that develop an inexhaustible taste for human flesh. Each person who is bitten by these beings becomes part of that disturbing group of no dead people. Fact: Characters with powers retain their intelligence, making them doubly dangerous zombies to humanity.

This character will be the link that will connect the different stories of What If…?. His name is Uatu and has a simple mission: observe silently. This alien has been carrying out this activity for thousands of years, without interfering in the conflicts of humanity. One theory indicates that Stan Lee would “an observer” because he was seen in a cameo telling stories in outer space alongside Uatu.

Still not subscribed to Disney+ to enjoy all the alternatives of Marvel on the platform? Subscribe in this link. Do not think it!