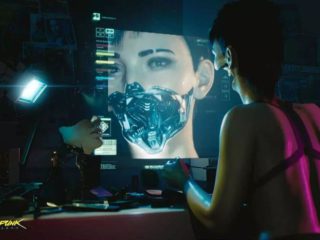 For CD Projekt it has not been an easy year. After the complicated launch of Cyberpunk 2077, the also creators of The Witcher 3: Wild Hunt they were victims of hackers. As a result, multiple sensitive data was stolen, including personal data of employees and former studio workers. Now, the Poles have published a new statement in which they acknowledge that part of that information is already circulating on the network.

“Today we have discovered new information related to the gap [de seguridad]”, They write in a tweet. “We now have reason to believe that illegally obtained data during the attack they are currently circulating on the Internet ”. Although they cannot confirm exactly what the content is, they think it may be information about employees and freelancers, as well as data related to their video games. Nor can they confirm whether all that information has been tampered with or altered in any way.

In the hands of the authorities

CD Projekt RED is in contact with experts and authorities (the Polish police force, Interpol and Europol). “We will do our best to protect privacy of our employees, as well as other stakeholders. We are prepared to take action against those who share stolen data. “

Cyberpunk 2077 is available on PS4, PS5, Xbox one, Xbox Series X, Xbox Series S, PC, and Google Stadia. The title works on the next generation consoles through backward compatibility, but the study prepares a patch to optimize the product in these systems. When? At the moment, a specific date has not been revealed, although it is scheduled to be this year 2021.

Anyway, the game continues to this day outside of PlayStation Storeas it was retired due to performance issues on the base console. At CD Projekt RED they pointed out that they are making progress, but the decision is ultimately up to Sony.