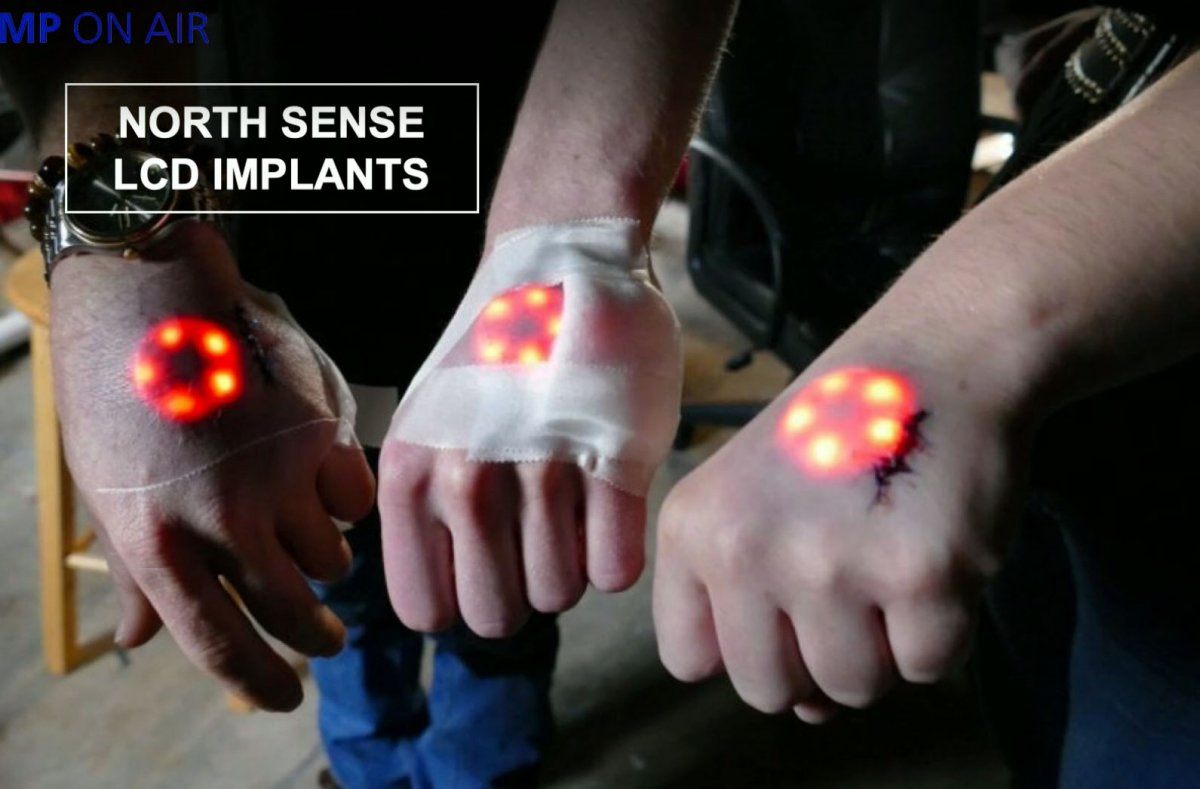 Cyborg debate: when technology gets under your skin and the genetic scissors come

Patrick Kramer, self-proclaimed Chief Cyborg Officer, wants to make implanting microchips under the skin more palatable to more people. Billions of RFID cards are currently in circulation, for example to open house doors or start motorbikes and cars, the biohacker said on Thursday in a debate on the “human-machine interface” at the Telefónica Basecamp in Berlin. These represented a “major ecological factor”.

A large amount of plastic waste could be avoided with microchip implants. Kramer reported that he himself had a sparkling “grain of rice” inserted into his fingertip to open the front door. He never wants to go back to the classic key. The new variant “calms the nerves a lot”.

But he also knows how controversial the topic is: A Berlin bank had not only generated “over a million clicks” with a commercial for a construction financing with such an implanted Sesam-open-yourself via NFC (Near Field Communication), but also ” almost as many hater comments “. The clip is actually about tolerance.

It is now also possible to use a Tesla chip, a payment solution or a season ticket for the football stadium, explained the futurist. A trauma surgeon from Munich emphasized that he could save significantly more lives if patients had a microchip implant with vital emergency information. Others experimented with “North Sense” in the chest, such as a compass that points north, or with glowing Firefly and LCD implants.

Cyborgs at the walker

Today cyborgs lived among us with “camouflage technology”, he referred to mainly older people who, thanks to prostheses, could walk, see or hear again. In addition, there are always rumored curiosities about body hackers such as the Audio, Earth, Eye or Echoborg.

The limiting factor when using smartphones, for example, is “often our fingers,” said the founder of the “Digiwell – Upgraded Humans” platform. It therefore makes sense to connect directly to digital technology in order to exchange data “much faster and more efficiently”. Communication possibilities exist from brain to brain via synapses with electromagnetic oscillations that can be tapped via an electrode. In this way, bits and bytes can be generated from thoughts, feelings and states of the brain. A deep brain stimulation in this sense is already used in Parkinson’s patients so that they do not tremble so much. “Miniaturization will advance enormously,” predicted Kramer.

Straight to the brain

As early as 2018, three people would have connected their brains to play Tetris together. 190 electrodes could currently be punched in per minute, and the receiver would be attached to the ear. Upgrading the brain should be as easy as soon as botox injections are today. The insider does not consider the conspiracy theories, which were not only widespread by anti-corona vaccine opponents, that people could be remotely controlled with deep chips, to be plausible.

This has “nothing to do with data protection”, information and passwords are better secured in the body “than on the cell phone or on the card”. In the future, however, security technology will have to advance so far that it will not be possible to “steal someone’s thoughts”. But nature has already thought of “something very perfect” with the brain that is difficult to simulate and even more difficult to read.

Self-optimization as a constant burden

For Petra Bahr, regional bishop in the district of Hanover, biohackers raise the big question, “What does technology mean for our image of people?” She looks at the developments with “great curiosity”, knowing that the “hard suffering” from the limited abilities of the brain and intellect permanently offends people and arouses the “longing for transgression”. The very existence of the field of artificial intelligence (AI) reveals: “Humans are the fault in the system.”

Like many others, you yourself wear a fitness tracker and live more consciously with it, explained the member of the German Ethics Council. The associated option of self-improvement, however, often has a paradoxical side effect. If they could check REM sleep phases, people often fear “that something is wrong with their sleep culture”. The “enhancement” quickly becomes a “sleepless nightmare”.

Many budding cyborgs wanted to be freer, experience more participation and empower themselves, Bahr did not escape it. But for them it remains open: “How sovereign do we remain with regard to our own bodies and our knowledge as well as the human data that can be processed?” The power of the platforms behind the technology could also go hand in hand with a “subtle submission”.

Bodyhackers wanted to reduce the vulnerability of humans, but according to the columnist they get new vulnerabilities. These only migrated to other areas, such as security and manipulation issues, and would tend to grow even larger through systemic errors. Bahr therefore called for a “social contract for digital transformation” in the form of body enhancement. Every change should at least be “reversible, without contract periods or justification”. At the same time, the church woman made it clear: “Much about us can probably never be optimized. We are mortal.” The “superhuman” so often only appears “as a variant of Nietzsche’s superman”, with which the integration of “bodily reason” into the social context should be exploded.

Kramer and Bahr agreed that with the Crispr / Cas gene scissors, ethical boundaries could be exceeded with particular ease, that DNA could be manipulated at the kitchen table and that Germany slept through this debate. Kramer also felt uncomfortable at reports that China not only wanted to introduce social scoring, but also store DNA data in server farms. Both stocks could then be compared with each other to find out who is the best citizen in the country. This would also affect competitiveness with other countries.