Home
Technology
Cypherpunks: From anarchists and utopians behind the cryptocurrencies

Cypherpunks: From anarchists and utopians behind the cryptocurrencies 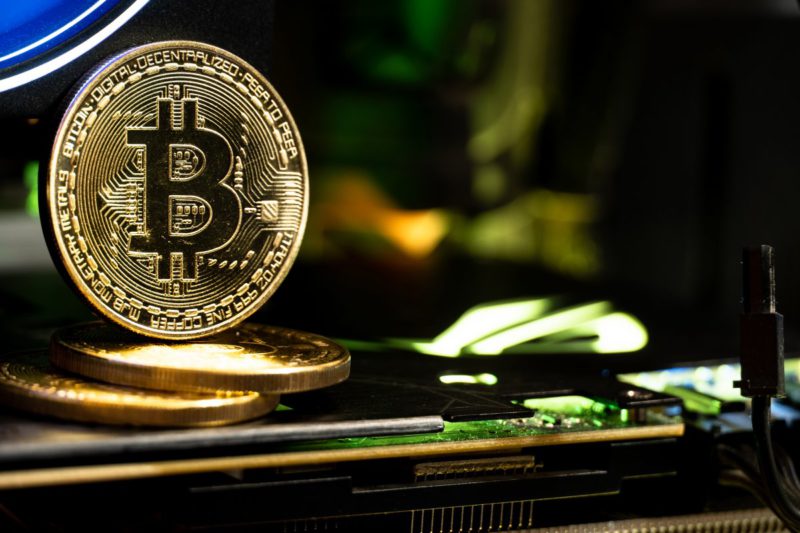 In September 2021, El Salvador became the first state in the world to recognize Bitcoin as legal tender. The oldest and still best-known cryptocurrency has a long way to go. It was actually born out of a pronounced distrust of the state and surveillance. So it is only too fitting that to this day it is not known who hid behind the pseudonym of its inventor Satoshi Nakamoto – and may never come to light. But we know the environment from which technology has drawn.

Ursula O’Kuinghttons is Head of Public Relations at Parity Technologies. Her career began as a journalist at the Reuters news agency, before moving to the Spanish newspaper El País and then jumping into the tech industry to the New York blockchain startup Civil Media Company.

In the early 1990s, people got together who were enthusiastic about the Internet and cryptography. How one can save the protection of privacy in the face of the influence of large companies and state control in a network that may soon connect everything – that is one of the questions that concerns her. This also includes how to pay digitally without leaving traces of data everywhere.

Led by Tim May, John Gilmore, and Eric Hughes, some of them, most notably libertarians and anarchists, joined together in 1992 in what would become known as the Cypherpunks. The movement is now considered to be the inspiration for well-known online platforms such as WikiLeaks – and the meanwhile booming crypto currencies. One of the topics discussed in their mailing lists was digital cash, which can be traded on networked computers, is easy to verify, but cannot be counterfeited or copied, and leaves no information about the user or application.

Im “Crypto Anarchist Manifesto“Tim May wrote in 1988:” Just as the technology of printing restricted the power of medieval guilds and changed social power structures, so cryptological methods will fundamentally change the nature of corporations and state intervention in economic processes. “

However, monitoring our lives, especially our consumer behavior, began as early as the 1970s with the introduction of electronic money. The question of digital payments that leave no trace preoccupied the young cryptographer David Chaum from the University of Berkeley. In 1979, as a doctoral student, Chaum published his first publication on the subject of data protection and met with a great response. “I realized how fundamental privacy would be in a world where technology becomes part of our lives.”

Chaums Dissertation “Computer Systems Established, Maintained, and Trusted by Mutually Suspicious Groups“from 1982 is considered to be the first draft of a blockchain protocol. Over the years he invented various cryptographic protocols and the digital currency system eCash, which, among other things, was based on those developed by Blindsignaturen puts. This software should encrypt transactions and make it impossible for banks, government or other third parties to track electronic payments.

David Chaum knows Europe well. In 1989 he founded his company DigiCash in the Netherlands, which was supposed to turn the eCash concept into a business. Sitting in his home in Los Angeles, Chaum explains to me in a video interview: “My goal has always been to make the world a better place by removing people’s fear of being spied on by the government or others. As With the dawn of the digital age, that goal was in jeopardy and I decided to start DigiCash. “

Not a deal with Microsoft

Shortly after Chaum and his team founded their digital cash company, several banks were interested in the project. DigiCash originally only worked with the US Mark Twain Bank, which was later taken over by the Missouri Mercantile Bank. A little later, Deutsche Bank followed as the second financial institution to test Chaum’s technology. The really big deal for DigiCash would have been a deal with Microsoft that offered $ 100 million for the integration of its eCash technology into the Windows 95 operating system. The deal failed, Chaum and Microsoft’s then CEO Bill Gates did not come to an agreement. Digicash went bankrupt in the late 90s.

Chaum foresaw the importance of electronic commerce early on. Even before the Internet came up, he was convinced that this new technology would have a huge impact on our lives. He sums it up as follows: “We were basically trading one type of stablecoin for national currencies of several countries. We were ahead of our time back then. I think stablecoins will be the key to the global application of cryptocurrencies.”

Chaum does not hide his joy that the Cypherpunks took his writings as references and tried to implement some of his ideas. “That was great. Some of the key figures in the cypherpunk movement have been my good friends for decades, like the cryptographer Nick Szabo, and I’ve helped them at times on a personal level.”

“Open and Free of Control”

At the beginning of the 2000s, the flowering of the Cypherpunks movement was over. But their ideas live on to this day. For example, young people like the British-Iranian hacktivist Amir Taaki, who became known as one of the first developers of the Bitcoin project and promoter of open source initiatives, refer to it.

When the 33-year-old coder speaks, he sounds like a philosopher despite his young age. Taaki’s life is characterized by experiences on real and virtual battlefields. He fought against the Islamic State on the side of the Rojava movement in northern Syria for two years, and returned to Europe in 2017. And in the virtual world, where Taaki works with several activist groups, he is passionate about using cryptocurrency technology as an emancipatory force.

It was the promise to be “open and free of control” that drew Taaki under the crypto spell. He tried to achieve this with projects such as the anomysing wallet software Darkwallet and a prototype for a decentralized online market, from which the OpenBazaar platform was forked in 2016. He doesn’t believe in projects to develop digital currencies under the control of central banks. But he also has little to gain from the current crypto money scene.

“Were you at the Bitcoin conference in Miami?” Taaki asks me. “It’s maddening. I saw a presentation by Michael Saylor and I thought this guy had no idea what he was talking about. He’s talking about Venezuela and how he’s going to make Bitcoin available to the development mafia. People consume absolute rubbish, like in superhero films. “

Instead of young dreamers who want to change the world, a group of institutional, wealthy investors like Michael Saylor dominate, who “take advantage of the economic consensus behind it all,” says Taaki. Saylor and the software company Microstrategy, which he founded, have been buying Bitcoin on a large scale since last summer and holding them – according to the latest quarterly figures, there are now 114,000 Bitcoin.

One aspect that Taaki loves about cryptocurrencies is the tokenization of values. It creates the possibility of an economic system in which people can participate as partners in certain projects. In his short lecture he conveys his ideas and sounds like a passionate economist who talks about the theory of money. “The western school of economics, which is part of this almost liberal ideology, only works in a hegemonic system, because markets reflect what you think – almost as if they can feel it. People tend to adopt the behavior of people in their immediate vicinity imitate and acquire, for example their language and gestures. “

Bitcoin for the people?

Taaki even fears that there could be distribution battles over cryptocurrencies. “Bitcoin is a scarce resource and that scarcity creates conflict. I think there is going to be a huge conflict between the people who have bitcoin and the people who don’t. A lot of people don’t even have the right tools to get into that Ownership of Bitcoin. In some countries they don’t even have the appropriate smartphones, “he says. As with many Bitcoiners, Taaki’s mind is haunted by the possibility of escalating inflation. And yet, despite a lack of empirical evidence, Taaki believes that Bitcoin can become a “safe haven”.

To judge or even to understand the “Bitcoinization” of El Salvador is difficult for Taaki. Since this is not a political, not a utopian model project, the approach of the Central American developing country has several weaknesses, he believes. In the Central American country, for example, there is a lack of education and local infrastructure. It remains to be seen to what extent President Nayib Bukele’s government will respect the privacy of its citizens in financial transactions. Especially in a country where remittances from abroad made up 20 percent of GDP.

Strengthening society is even more important to Taaki than the economic opportunities offered by cryptocurrency technology. This is where he sees the greatest potential. For him, separating technology from ideology is impossible. Every innovation has a purpose. And the purpose of the blockchain is to put the power over technology in the hands of the people. In the past, computers were used by corporations and the military – and by hackers “who tried to reconstruct the technology so that the power of computing could be placed in the hands of the people,” he says.