Daniele Luchetti: “In Italy we do not believe in the State, but in the family we do” 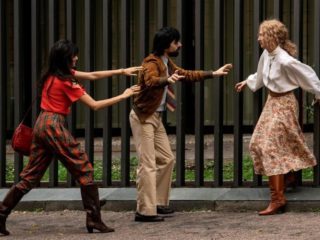 Madrid, Sep 15 (EFE) .- The Italian director Daniele Luchetti premieres next Friday, September 17, his film number 15, “Lazos”, the story of an impossible separation, as explained by the director in an interview with Efe, because in Italy, not even now, he says, it is easy to say “I have fallen in love with another, I am leaving you”.

“Family is one of the keys to understanding our country (Italy), we do not believe much in the State, or in money, or in religion, but in the family we do, and that is why we are very afraid of separations “says the actor and screenwriter, who was an assistant director in Nanni Moretti’s films.

“Lazos” is the adaptation of the bestseller “Ataduras” by the writer Domenico Starnone, who has also participated in the script of the film, and stars Italian film stars Alba Rohrwacher, Laura Morante, Luigi Lo Cascio, Silvio Orlando and Giovanna Mezzogiorno.

The novel talks about an adultery in the 70s, “a political moment in which the role of the couple was questioned”, explains the director, who advances the story a bit in the film and places it in the eighties, a epoch that allows him to play with ambiguity; “In the 80s,” he says, “my characters can make decisions.”

However, its protagonist does not. “It is also the story of cowardice, this man is not a hero. The question is, perhaps, if there is this kind of person or if we all have a small part of him inside”, reflects the director of “The joy of little things “(2019).

“The idea of ​​a perfect family goes against nature. When I read the novel I thought it was a horror novel, that is to say: it talked about how what you choose can cause terror in other people,” he says.

And he adds that “it is impossible for the life of a group of people to move within perfect canons.”

That said, Luchetti confesses that he himself is separated, has created “a second family” and relations with the previous one “are good, but not as much as seen in the movies,” he laughs.

“I know that the role of the male is under discussion all over the world, but I do not want to talk about that – he says – but about (…) a young man who believes with freedom can achieve everything in life, but who does not have the courage to carry out the separation and that makes him a sad man, an ashen “.