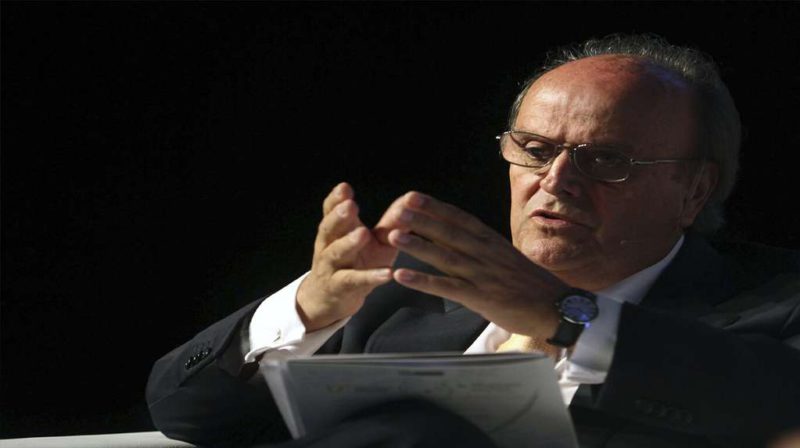 From the national government, the statements that warn about a greater intervention state in the meat market, in the middle of the rise in farm prices and their transfer to the counter. Now it was the turn of the president of the Investment and Foreign Trade Bank (BICE), Jose Ignacio De Mendiguren, who assured that “You cannot have meat at the price of the French and pay the salaries of La Matanza.”

Those statements did not take long to generate a response from the agricultural sector. In dialogue with TN, the president of the Sociedad Rural Argentina (SRA), Nicolas PinoHe considered: “He is saying things that do not correspond. Because It is known that in Europe a kilo of meat costs between 15 and 20 euros, so we are very far from that in any account that is drawn. But beyond that, they are said that they do not add up to anything in a context where we have to agree once and for all which country we want and how we intend to move forward ”.

In turn, during the interview with a news signal, the former head of the Argentine Industrial Union (UIA) went further and added: “The Argentina has a fundamental issue that it must resolve: eat what it exports. The Chileans when the copper rises, they do not eat the copper, therefore they all celebrate. Here the problem we have is when an international price rises ”.

He also opined that the Minister of Agriculture, Julian Dominguez, has to “go to the bottom of the problem not only in meat, but also in cereals.” According to the official leader, “this problem was faced by Canada, the United States, New Zealand and Australia and It is resolved, from a Meat Board to the producers to distribute that quota. And on the other hand increase the offerHow can it be achieved with more kilos of slaughter in each animal, today it is slaughtering at 300 kilos ”, he said.

“I trust that people like Julián Domínguez, who is neither heterodox nor orthodox, are looking for this: how do we solve it? In the emergency Today we all have to lower inflation because it is a national priority to recover the purchasing power of wages. We are coming out of an earthquake ”, he emphasized.

Pino, who is also closely linked to the meat chain in his private activity and in the sector is nicknamed “The slaughterer”, indicated that De Mendiguren’s comments “build so little that it is difficult to adjective them, because they add up to nothing. On the contrary, Argentines should be happy that the world demands everything that we do well, such as animal protein and what we grow ”.

“It should begin by not making statements to attract attention or to put oneself on the scene, but to work seriously on thinking about which country we want for the future, “added the head of the SRA, which is part of the link table together with the Argentine Agrarian Federation (FAA), Argentine Rural Confederations (CRA) and Coninagro.

Regarding the possibility that De Mendiguren mentioned to restore a Meat Board, the ruralista pointed out that “All these things have already been tried in Argentina and they failed, so we have to have a little more inventiveness and capacity. We believe that there are many things that can be done between the public and the private, but the issue is not to fall into petty politics or need for leadership with sayings that are not happy at all ”.

Criticism from the sector was felt on social media

While, via Twitter, There were several referents and specialists of the activity that went to the De Mendiguren junction.

The former Secretary of Agriculture, Miguel Campos, was very hard against the former deputy: “He is a criminal who has attacked Argentina for decades, behind spurious interests. Chronic accomplice of the political corporation, which has long dominated Cristina Kirchner”.

The economist specialized in agribusiness, Ivan OrdoñezHe called the leader a “liar” and added: “Argentines do not pay per kilo of meat what is paid in France, in fact we do it between four and five times less since there it is at least 20 euros per kilo. Google corrects you in two minutes ”.

Then, he lashed out in another message: “People don’t want you to lie anymore. Beef in Europe is infinitely more expensive than in Argentina ”.

Meanwhile, the agronomist Alberto Balbarrey, from INTA Balcarce, he remarked: “Food security is explained more than 95% by per capita income and this man is an accomplice of all those who worked to impoverish people, and when you are hungry they give you 10 pesos and you follow anyone.”

Eduardo Buzzi was also the target of questioning

Another who was not spared from criticism was the former president of the Agrarian Federation, Eduardo Buzzi, who participated in that television series with De Mendiguren.

The Buenos Aires deputy for the Civic Coalition and agricultural producer, Luciano Bugallo, stated: “As criminal as the cynic of Eduardo Buzzi, affirming from behind, such a lie ”.

Meanwhile, regarding the figure of the former FAA head during the conflict with the field in 2008, Pino evaluated: “Eduardo was a very important person for the field, but I honestly believe that he is giving his opinion completely the opposite of what was his time in the leadership. I have a lot of respect for him as a former manager, but we must stop making such explosive statements, and perhaps even slightly responsible, to go out in a medium or to enhance yourself with something. You have to start working more quietly and seriously, “he told TN.