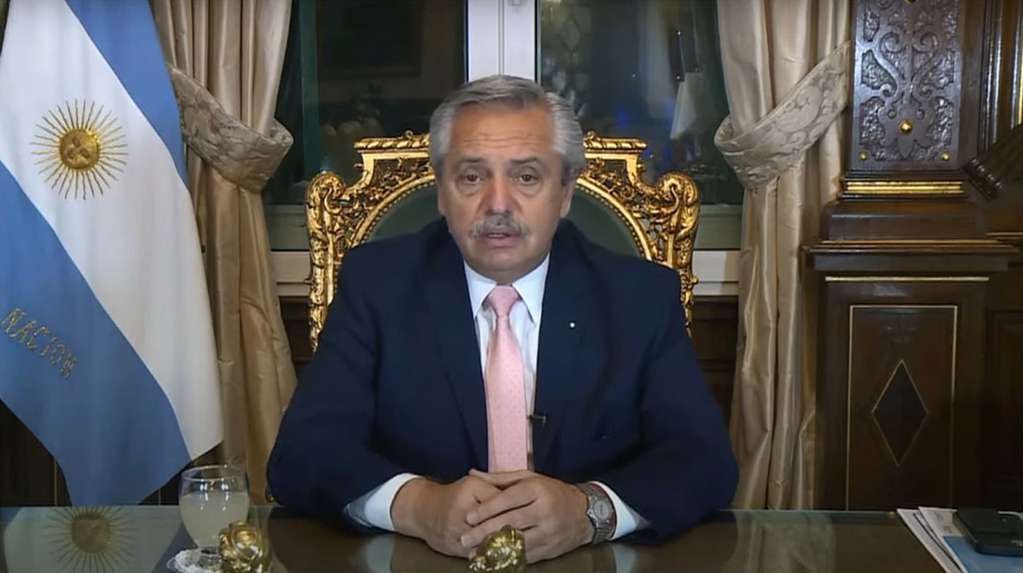 Debt swap for climate, voluntary reallocation of “pandemic funds” and global tax: Alberto Fernández reinforced his claim before the G20

President Alberto Fernandez urged the G20 to rethinking a new financial architecture International and again postulated the “need” for a multilateral framework for restructuring the debt of middle-income countries in view of the “generalized risk of external debt crises in developing countries.”

“It is urgent to rethink – and we do it through this initiative – a new international financial architecture that provides a multidimensional response to these closely related problems,” said Fernández, speaking in the high-level segment of the Common Finance Summit 2021, within the framework of the activities of the Italian presidency of the G20, prior to the Rome Summit at the end of October. In this sense, he considered: “The role and the new dynamism that reality imposes on the development banks it will be key for the reconstruction of the post pandemic ”.

In his presentation, Fernández said that the debate is taking place at a time of triple crisis Due to the pandemic, the climate change and the debt, which “hits middle-income countries like Argentina hard.” The president’s words come a week after the meeting between the Minister of Economy Martín Guzmán and the managing director of the IMF, Kristalina Georgieva, to continue with the negotiation of a new loan to restructure the debt of US $ 45,000 million.

In his speech, the President said that there is risk of a generalized external debt crisis in developing countries. “For this reason, we support the idea of ​​promoting an inclusive and sustainable multilateral agreement, capable of fully addressing the issues related to the sovereign debt restructuring”, He raised.

In that direction, the president said that the extension of the suspension of debt services approved by the G20 is valuable, but considered that it is provisional and not enough. ”It does not definitively attack the urgent need to relief and unsustainable debt restructuring. We particularly need a multilateral framework for restructuring the debt of the middle income countries, the lack of which represents a real void within international financial governance ”, warned Fernández.

“On the eve of the G20 Leaders Summit, we encourage the expansion of the New Common Framework for the Treatment of Debt of the G20 to middle-income countries with vulnerabilities ”, proposed Fernández, in relation to the meeting that will take place on the 30th and 31st of this month.

Alberto Fernández asked for more funds from the IMF

Following the arrival of more than US $ 4.3 billion in Special Drawing Rights (SDR) from the IMF, Ferández welcomed the decision and again asked for a global reallocation mechanism for those funds.

“The expansion and distribution of the IMF’s SDR opens the door for hope. What was unthinkable a year ago is now a reality ”, he celebrated. And he considered that they should be oriented to “nurture a great global solidarity pact that includes the countries with high climatic, socio-productive and financial vulnerability“And that allows”extend the terms to meet debt payments and the application of lower rates under circumstances of social, health, financial and ecological stress ”.

In line with the decision of the G7 to promote a global tribute to large corporations, the president expressed the importance of “deepening the debate on the new Global Minimum Tax so that promptly favor emerging economiess and contribute to a deconcentration of wealth ”.

In addition, he proposed to promote sustainable financing systems that promote payment mechanisms for ecosystem services, the concept of environmental debt and the debt swap for climate. “This urgency to reorganize the international financial architecture also involves reviewing the negative mechanisms that promote tax havens, flight of foreign currency and areas of opacity that shelter illicit drug trafficking, terrorism and organized crime activities ”, he indicated.

Towards the end of his presentation, the president asked “to think of a new multilateralism that avoids any attempt to discriminate against the poorest countries with supposedly ecological barriers, that distinguishes responsibilities and attends to social cohesion to allow a just and sustainable transition”. And he closed: “The time is now. The clock of history is ticking. Without global financial justice, there will be no global environmental justice, much less social justice for the entire planet ”.