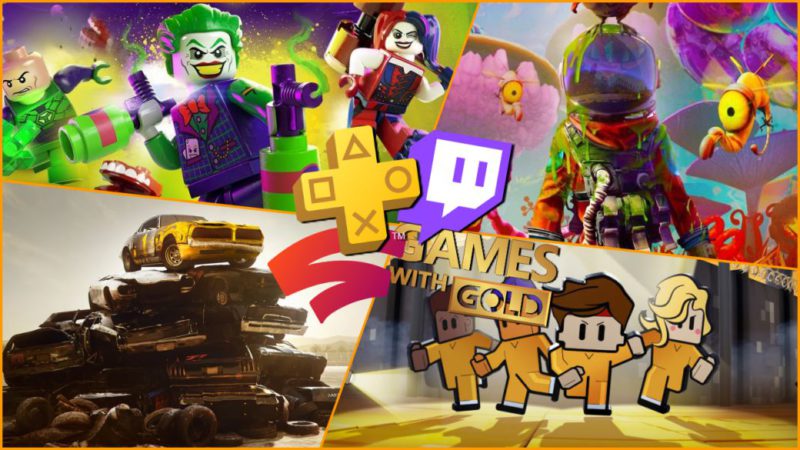 We come to the last month of the year, December 2021. After a year full of great launches, delays and surprises, the main video game subscription programs have revealed their rotation of content with free games for the last month of the season, where we find names of weight such as The Escapists 2, LEGO DC Super Villains, Need for Speed: Hot Pursuit Remastered, Wreckfest and Football Manager 2021, among many others. We will tell you below how you can get hold of them.

As in previous months, it is time to collect all the free games that are offered in the subscription programs of PS4, Xbox One, Twitch and Google Stadia in December 2021; another way of referring to PS Plus, Xbox Gold, Prime Gaming and Stadia Pro.

It should be remembered that at MeriStation we have several updated articles with the best free video games for PS4, Xbox One, PC and Nintendo Switch of 2021.

Free PS Plus Games During December 2021

Sony has confirmed the titles that it will include with the PS Plus subscription during this cold month of December: Godfall: Challenger Edition (PS4 and PS5), Mortal Shell (PS4) and LEGO DC Super Villains (PS4). Also, we must add the three PlayStation VR games offered last November: The Persistence, The Walking Dead Saints & Sinners and Until You Fall.

It should be noted that Godfall does not include the full game, but only the endgame modes. In this way, we will not be able to play the game’s campaign unless we buy the title separately.

We also add another additional bonus for PlayStation players, exclusively for PS5 users: the PS Plus Collection (PS Plus Collection), a library of 20 defining titles from the PlayStation 4 catalog. We found works from both first and third party companies: Bloodborne, God of War, The Last of Us Remastered, Monster Hunter World, Persona 5, Fallout 4 , Final Fantasy XV Royal Edition …

Games included in PS Plus Collection

Price of PS Plus subscription in 2021

You can check all the content of PS Plus in December 2021 here.

Xbox has also revealed all the titles that will be part of the Xbox Live Gold monthly rotation during this month of December, which as usual will have different availability dates depending on the game. This time the chosen ones are The Escapists 2, Tropico 5 with the additional contents The Big Cheese and Hostile Takeover, Orcs Must Die! and Insanely Twisted Shadow Planet.

Once we have completed the redemption, all games will remain linked to the library as long as we are enrolled in Xbox Live Gold or Xbox Game Pass Ultimate, which also includes XLG.

Finally, we remember that until next December 15 we can also claim in our account Kingdom Two Crowns.

You can check out all the Xbox Live Gold content in December 2021 here.

Prime Gaming It arrives very reinforced for the last month of the year. The Amazon video game subscription modality for PC has opted for a selection of 9 titles totally free if we are subscribed to Amazon Prime —which includes free computer games every month along with loot de diferentes títulos—: Need for Speed Hot Pursuit Remastered, Football Manager 2021, Journey to the Savage Planet, Frostpunk, Morkredd, Spellcaster University, Youtubers Life, Stubbs the Zombie in Rebel Without a Pulse y Tales of Monkey Island Complete Pack. Basta con hacer clic en Claim on the videogames section from Prime Gaming; some will give us a key and others will be added in the library.

As we said before, to all this we have to add loot in gameOnce again we can find free additional content packages for titles such as League of Legends, Legends of Runeterra, VALORANT, Apex Legends, New World, Call of Duty; Warzone, Fall Guys, Grand Theft Auto: Online, Dauntless, FIFA 22 or Rainbow Six: Siege, among others.

You can check all Prime Gaming content in December 2021 here.

Google keeps adding new games to Stadia Pro every month. Google’s streaming video game subscription service has revealed the full list of titles that it will offer at no additional cost to the subscription this December 2021. As always, nothing needs to be downloaded: we choose the game and, after a short upload, we can start playing on a multitude of devices.

In total, as it points out 9to5Google, the full list of Google Stadia Pro games amounts to a total of 45 video games: