We are already in December and streaming platforms release numerous novelties in series, documentaries and films. We are going to talk about the main series that HBO Max premieres in December as the long-awaited series production after Sex in New York, And Just Like That, the return of Beforeigners (The Visitors), the new HBO original series Landscapers, el Max Original Hacks and the animated series Harley Quinn.

The first premiere on December 1 was this original project by Sony Music Iberia in co-production with Mr. Mono that has ten episodes about music and life in which we can get to know 10 artists from the world of music in depth. All through an acoustic concert and testimonies of their own experiences, which they share with Mikel Corral, a renowned journalist. The singers Melendi, Vanesa Martín, Estopa, Rozalén, Mónica Naranjo, Ana Mena, India Martínez and María José Luengo participate in Acustic Home.

On Sunday, December 5, the second season of the Norwegian Max Original opens Beforeigners (The Visitors). A 45-minute six-part sci-fi drama written and created by Eilif Skodvin and Anne Bjørnstad (Lilyhammer) and directed by Jens Lien, and produced by Rubicon TV for HBO Max. Actors Krista Kosonen and Nicolai Cleve Broch will reprise Alfhildr and Lars and Tobias Santelmann (The last kingdom) will return as Olav the Saint.

In this season the inhabitants of Oslo are shocked by a brutal murder. Lars and Alfhildr meet again in an investigation linked to several countries and centuries that begs the question: could Jack the Ripper have migrated back in time to the present? Police detectives Lars and Alfhildr soon realize that if they want to catch the killer, they can only trust each other. 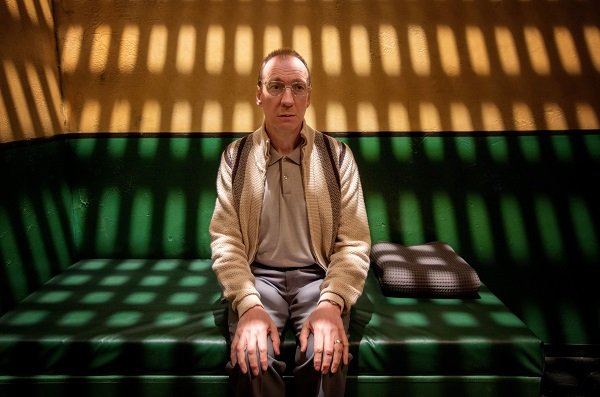 On December 8 this HBO original limited series is released starring actors Olivia Colman and David Thewlis The series is based on true events and tells the peculiar love story between Chris and Susan Edwards, a British couple who become the focus of an investigation when two bodies are found in the backyard of a house in Nottingham.

A series directed by Will Sharpe and created and written by screenwriter Ed Sinclair. Also in the cast are actors Kate O’Flynn, Dipo Ola, Samuel Anderson, David Hayman, Felicity Montagu and Daniel Rigby.

Two of the ten episodes of this original series from executive producer Michael Patrick King will premiere on December 9. The new Sex and the City series follows “Carrie” (Sarah Jessica Parker), “Miranda” (Cynthia Nixon) and “Charlotte” (Kristin Davis) as they journey from the complex reality of life and friendship at 30 to the even more complex reality of life and friendship at 50. In the series we will also see Sara Ramírez, Sarita Choudhury, Nicole Ari Parker, Karen Pittman, Chris Noth, Mario Cantone, David Eigenberg, Willie Garson and Evan Handler.

An original series that tells a story focused on voguing teams who must compete in incredible dances and show off flamboyant fashion to achieve ‘legendary’ status. The cast includes MC Dashaun Wesley and DJ MikeQ as well as celebrities Law Roach, Jameela Jamil, Leiomy Maldonado and Megan Thee Stallion as judges. On December 30, the second season of Legendary will arrive on HBO Max, which has already been renewed for a third.

An animated series based on the popular character from the DC Universe. Harley Quinn (played by actress Kaley Cuocu) who has finally broken up with the Joker and is trying to make it on her own as Gotham City’s criminal Queenpin in this half-hour adult animated action comedy series. The series features Harley Quinn, Poison Ivy and a whole cast of heroes and villains, old and new, from the DC Universe.