Home
News
Decisive day in Peru: Congress decides whether to advance the vacancy request against Pedro Castillo for “moral incapacity”

Decisive day in Peru: Congress decides whether to advance the vacancy request against Pedro Castillo for “moral incapacity” 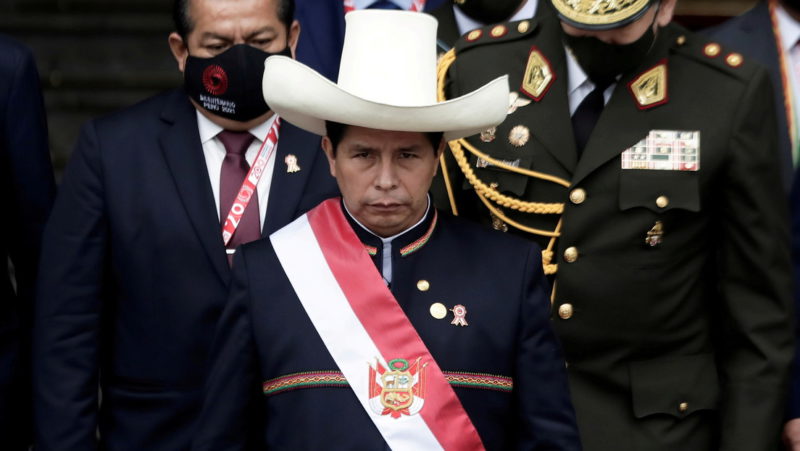 The Congress of Peru began this Tuesday the session to debate whether or not to admit the vacancy request against the president of Peru, Pedro Castillo, for “moral incapacity”, which is equivalent to the beginning of a political trial to dismiss him only four months after taking office.

For the process to move forward, at least 52 out of 130 votes that make up the Congress, but for now there is a climate of uncertainty since there is no consensus even in the opposition.

The newspaper El Comercio, for example, estimates that, at the beginning of the session, there are 46 votes in favor of advancing with the impeachment trial, 22 are in doubt and 61 will abstain, while La República estimates that 50 parliamentarians support the vacancy, 75 reject it and four are analyzing it. Thus, the decision will rest entirely with the legislators who are still undecided.

If the motion is finally approved, Castillo will have a deadline maximum of 10 days to present your defense before Congress. Afterwards, the parliamentarians will vote whether or not to remove him. For this to happen, at least 87 votes are needed.

The institutional crisis deepened after a television program revealed that Castillo had met with political officials and businessmen in a house in Breña, a popular neighborhood in the center of Lima, where he lives because he does not want to move to the Government Palace. .

The problem is that Castillo never officially reported those meetings, something to which he is required by law due to his inauguration. In his defense, he argued that they were personal appointments that only concern his private life.

As head of state, I do not endorse any favors for any particular company or person. I urge the authorities to, if there is evidence of any indication of corruption during my tenure, to carry out their work to clarify the facts within the framework of the law.

“Official meetings are only held in the Palace. At my home I have only received visits of a personal nature. Therefore, I strongly reject having had any kind of participation in irregular acts that have favored any particular interest, “he said.

The explanations did not satisfy the opposition. On the contrary, they fed the opposition complaints of possible corruption, since on the list of visitors are businessmen who later obtained government contracts. One of them is the businesswoman Karelin López, who hours after seeing the president, he won a bid for 64 million dollars.

Castillo took office on July 28, after a long post-election conflict in which the opposition Keiko Fujimori was reluctant to accept her defeat. Since the presidential sash was installed, his government has been in constant crisis due to the harassment of the partisan and media opposition, to which are added the political confrontations within Peru Libre, the party that brought him to power.

In fact, despite representing the ruling party, Peru Libre announced that it would analyze the vacancy request. Finally, on Monday, he discarded his vote in favor of the impeachment process, warning that he would not participate in any “coup.”

The vacancy request was requested on November 18 by Patricia Chirinos, legislator of the right-wing alliance Avanza País, who appealed to Castillo’s “moral incapacity”, a vague concept that rules in Peru and that has contributed to institutional weakness, since it is a permanent threat to the current ruler in a country that has had eight presidents in the last 20 years.

In Castillo’s case, the request to end his government seemed to have no future, but days later a scandal broke out when they met $ 20,000 in cash in the office of the former presidential secretary, Bruno Pacheco, who had already resigned from office and was being investigated by the Prosecutor’s Office for alleged “influence peddling” to favor private companies. That is, corruption.

This allowed the opposition redouble their efforts to remove him. On November 25, Chirinos presented a motion that already had the endorsement of 28 legislators from the conservative groups Renovación Popular and Fuerza Popular (Fujimori). The accusations were multiple, from the appointments of ministers questioned (and most of whom have already been replaced) to diplomatic relations with Venezuela.

Then came the television report that revealed the president’s unreported meetings, accelerating pressure from the parliament to vote for the vacancy.