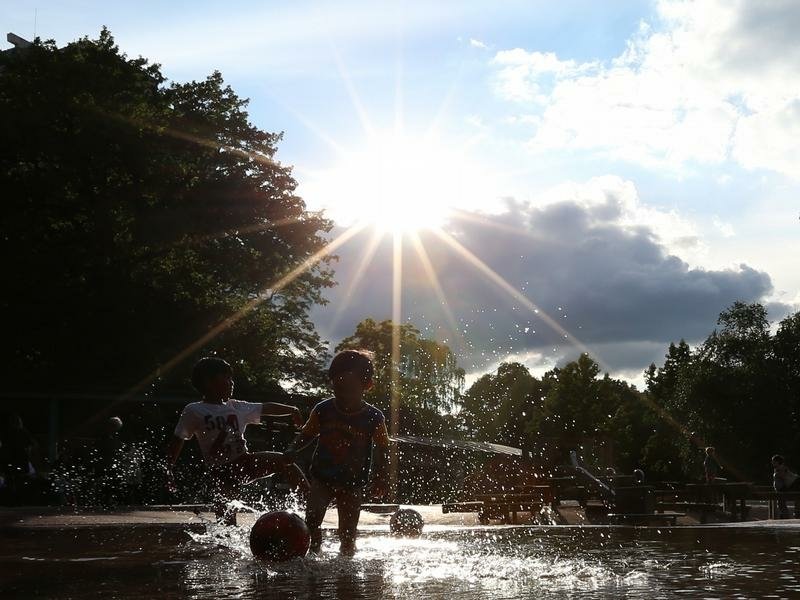 DeepMind and other AIs: who has the best weather forecast?

The London AI forge DeepMind has a knack for good PR. News that the company has worked with the UK’s national weather service to develop a new, better model for forecasting rainfall has been widely reported. But how much progress is really in the “DGMR”, the “Deep Generative Model of Rainfall”?

The new tool from DeepMind cannot be compared to “AlphaFold”, the model that can calculate the three-dimensional structure of proteins based on the amino acid sequence alone – and has thus solved a key problem in biology. But even a small improvement in the forecast of rain, especially heavy rain, is of decisive importance for many industries: The spectrum ranges from the organization of outdoor events to aviation and emergency services. However, DeepMind isn’t the first company to try to solve this problem.

Existing forecasting techniques use extensive computer simulations of atmospheric physics with resolutions of a few kilometers. They are well suited for longer-term predictions. Small-scale weather events such as rain showers or even heavy rain, however, put modern weather models to the test because they, too, cannot fully map the complex physics of cloud formation. In order to improve the quality of numerical weather forecasts, meteorologists therefore use ensembles of modeling, the results of which result in a statistical distribution.

But it’s not worth it for short-term rain forecasts – for the next hour, for example. The computing effort and computing time would be too high. They are therefore less suitable for so-called nowcasting – the weather within the next few hours. This is where machine learning comes into play: As early as the 1990s, researchers were training various algorithms to predict from measured weather data – but initially with limited success.

In 2019, Google researchers presented their version of a nowcast. The short-term weather forecast for a few hours uses recordings from rain radar as training data for a neural network. Many countries regularly publish radar readings during the day, showing how clouds are forming and moving throughout the day. In the UK, a new reading is published every five minutes. Putting these snapshots together results in an up-to-date stop-motion video that shows how the rain patterns move across the country, similar to the forecast images on television.

Your approach would get by without programmed physical laws and thus without complex weather simulations. It delivers results within a few minutes, emphasizes Google developer Jason Hickey, lead author of the publication. The weather forecast was treated as a kind of complex image recognition problem. To Information provided by the researchers The nowcast has shown itself to be clearly superior in comparison to three classic forecast models frequently used in the USA for predictions of “five to six” hours, writes Hickey.

And Microsoft is also involved: Microsoft researchers recently introduced a system on behalf of DeepMC that combines data from local sensors and conventional weather forecasts such as those from the National Weather Service. On the basis of the local data, the deep, neural network calculates the deviations for the respective location. The company wants to make the system available to farmers, for example, but also to renewable energy producers.

The DeepMind team also trained its AI on radar data, like it reported in Nature. Unlike many of their colleagues, the researchers at Deepmind trained a Deep Generative Network – a network similar to the well-known Generative Adversarial Networks, or GANs for short. This type of AI is trained to generate new data patterns that are very similar to the real world data it was trained on.

Usually GANs are used, for example, to calculate deepfakes or even a fake Rembrandt. In this case, DGMR learned to generate radar images and thus to continue the series of actually recorded measurement images. It’s like seeing a few pictures from a movie and guessing what’s next, says Shakir Mohamed, who heads the project at DeepMind. However, the generative network is not only used for the prediction, but also provides – quasi incidentally – a statement about the probability with which this prediction will come true.

For a practical test, the research team asked 56 Met Office meteorologists who were not involved in the research to compare the results of the DGMR with forecasts made by a state-of-the-art physics simulation and competing deep learning tool. 89 percent said that they prefer the results of the DGMR. They considered a number of factors – including predicting the location, extent, movement, and intensity of the rain.

“Machine learning algorithms usually try to optimize their prediction for one size,” says Niall Robinson, Head of Partnerships and Product Innovation at the Met Office. “However, weather forecasts can be good or bad in many ways. Maybe one forecast predicts precipitation in the right place but at the wrong intensity, or another one calculates the right mix of intensities but in the wrong places, and so on. We have made a lot of effort in this research to set up our algorithm broadly. “

The team worked on the project for several years, and input from the Met Office experts, “has steered our model development in a different direction than if we had worked alone,” says Suman Ravuri, a researcher at DeepMind. The AI ​​researchers want to show that their AIs have practical uses. For Shakir, DGMR is part of the same story as AlphaFold: taking advantage of years of experience solving difficult problems in games – and now they are starting to use them to tackle a list of real-world scientific problems.

“Basically, the DeepMind paper is very interesting work with impressive results that have been well evaluated,” says Sebastian Lerch from the Karlsruhe Institute of Technology (KIT), who is also working on a neural network that corrects the systematic errors of numerical weather models improve local forecasts. “It is difficult to directly compare the different works like that of Google and Deepmind, because they use different data sets and benchmark models.”

“In the short term, these purely data-driven methods are definitely better than physical weather models. But the improvements become less and less the further you look into the future,” says Lerch. Because the AI ​​approaches have a problem: They do not automatically take into account natural laws such as the conservation of energy and mass. His conclusion: “For the foreseeable future, machine learning will not replace numerical weather models.”