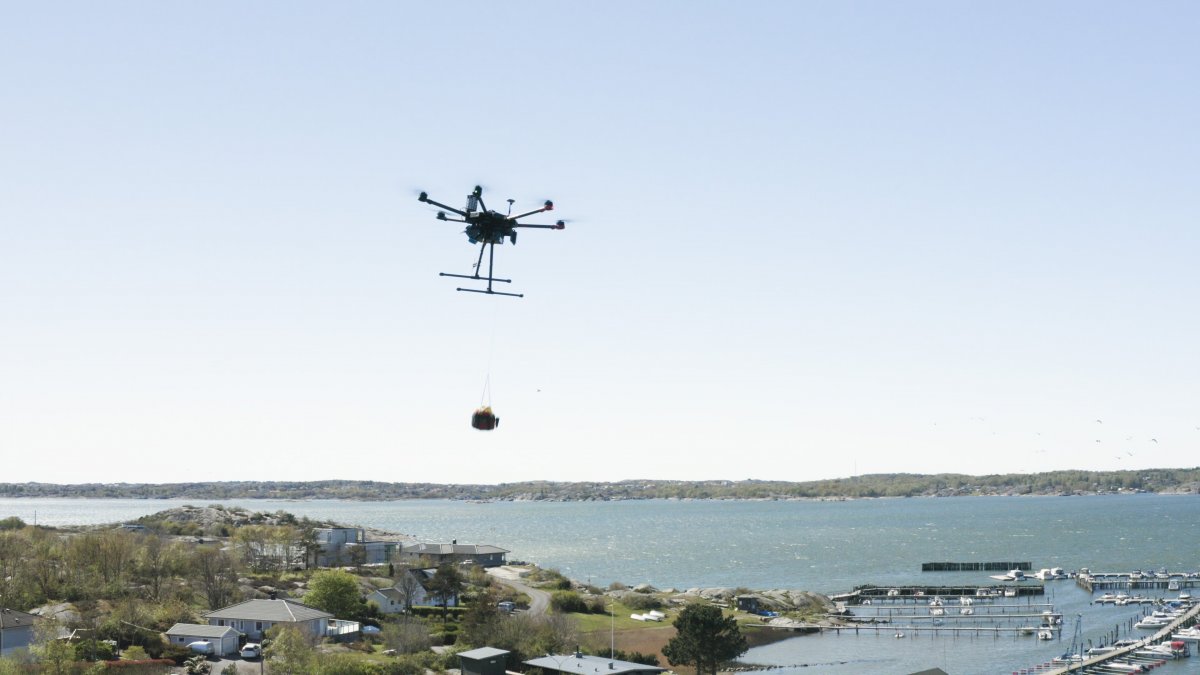 Delivery drone is controlled from a distance of 800 kilometers

The Swedish start-up Everdrone controlled a drone in Helsinki from Gothenburg – over a national border and 800 kilometers away. In Helsinki, the drone delivered a defibrillator in a good five minutes in several 1.6-kilometer test flights. The whole thing was part of the research project “Carbon neutral drone service solutions in Southern Finland” with the partner “Forum of Forces Helsinki“.

The connection between the pilot and the drone took place via a normal LTE cellular connection. Latency wasn’t a problem, said Daniel Blecher, Ground Operations Manager at Everdrone MIT Technology Review. The main task of the pilot was to communicate with the air traffic control and the partners on site. Otherwise, all he needs to do is mark the destination on a map and press a button. The drone then independently plans its way there – among other things with a view to avoiding crowds of people. Only at the destination does the pilot have to become active again to check via the built-in cameras whether the landing site is free. If necessary, he can also intervene manually at any time.

Drone flight across the national border

At the target, the drone then ropes down its load from a height of 30 meters using a winch. “It’s safer,” says Blecher. Because from this height, the built-in parachute system prevents the drone from hitting hard, for example in the event of an engine failure.

The main challenge in cross-border drone control was primarily of an administrative nature, said Blecher. But thanks to uniform EU rules, this problem was also kept within limits. “We are proud to be one of the few companies in the world that has received approval from a national aviation authority to allow drone flights to fly out of sight,” it said Everdrone-Homepage.

Everdrone has been running pilot projects for delivering defibrillators in an emergency in four Swedish cities since April. A fifth location will be added in a few weeks, said Blecher. A total of seven drones are in use, which are deployed several times a week. There are plenty of ideas about what else can be transported with drones, but for the time being they want to concentrate on defibrillators. Blecher: “That is the most important and most urgent.” According to Everdrone, 5,000 to 10,000 people die of cardiac arrest outside of hospital annually in Finland alone. The chance of survival decreases by ten percent with every minute. It is therefore important to bring a defibrillator to the site as quickly as possible.

But what good is a controller from a distance of 800 kilometers when you need people on site to load drones or change batteries? “We needed experienced drivers, so it was easiest to do that from Sweden,” said Blecher. The business model provides for the drone fleet to be controlled from a central office with specialized pilots who work together with local partners.

As a next step, Everdrone wants to make its drones suitable for night flights – that is, equip them with appropriate position lights and LED headlights.