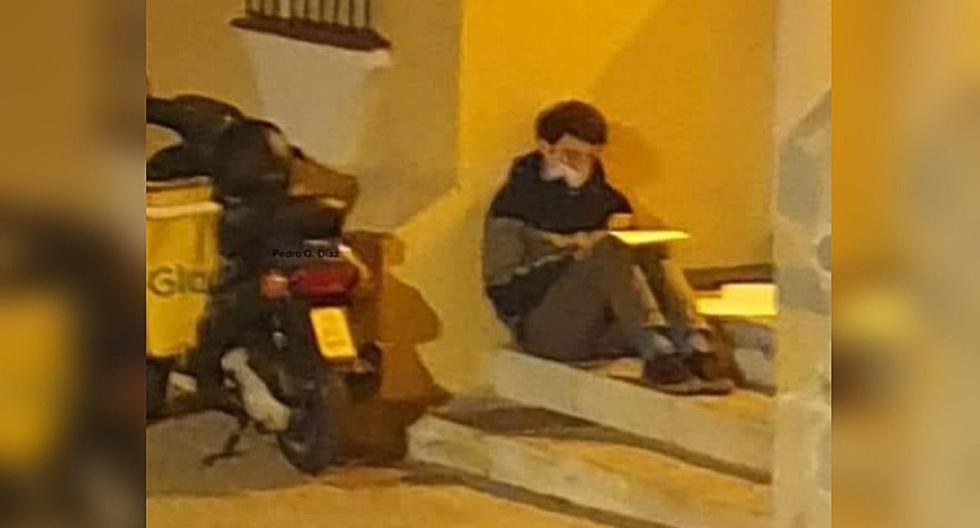 Carlos Alegre is a young man from Madrid, Spain, who is preparing to be a mechanic. At the same time, he works as a deliveryman to pay for his studies and, in his spare time, while waiting for his next delivery, takes the time to review his notes. It does not matter if it is in the middle of the street or under the light of a pole, he is very clear about what he must do to achieve his goals.

Through a photograph that has been circulating for some time on social networks, it can be seen that the boy studies on the floor until he receives an order. The capture was published by Pedro G. Díaz on the Facebook forum Beneméritos GC with the following text: “At 9:00 p.m., a young man waits for a call from“ Glovo ”to deliver an order at home and meanwhile, sitting on the ground, he studies by the light of a street lamp. He took out his book and some notes and was studying for almost 20 minutes until an order came in. “.

“While some are breaking shop windows, looting shops and destroying the streets in favor of a repeat offender, others are looking for a way and taking time from anywhere to carve out a promising future. Needless to say, my applause of the month goes to this unknown young man “added.

A few days later, the website Plural Catalonia He found the young man and was able to talk with him: his name is Carlos Alegre, he is 24 years old and studies at the EMA Competition school of mechanics. Assured that does not want to be an example of anything and even less considering the number of young people who are suffering the consequences of the crisis caused by the pandemic.

The viral photo reached his study center, from where they assure him that he is one of the best students and they are confident that his passion for mechanics will make him go very far.

“Ultimate pride! Carlos, you are a great student and you will get where you want to go! “they wrote.

According to the aforementioned medium, after the success of the photography, three companies that prefer to remain anonymous have offered to give him a scholarship.