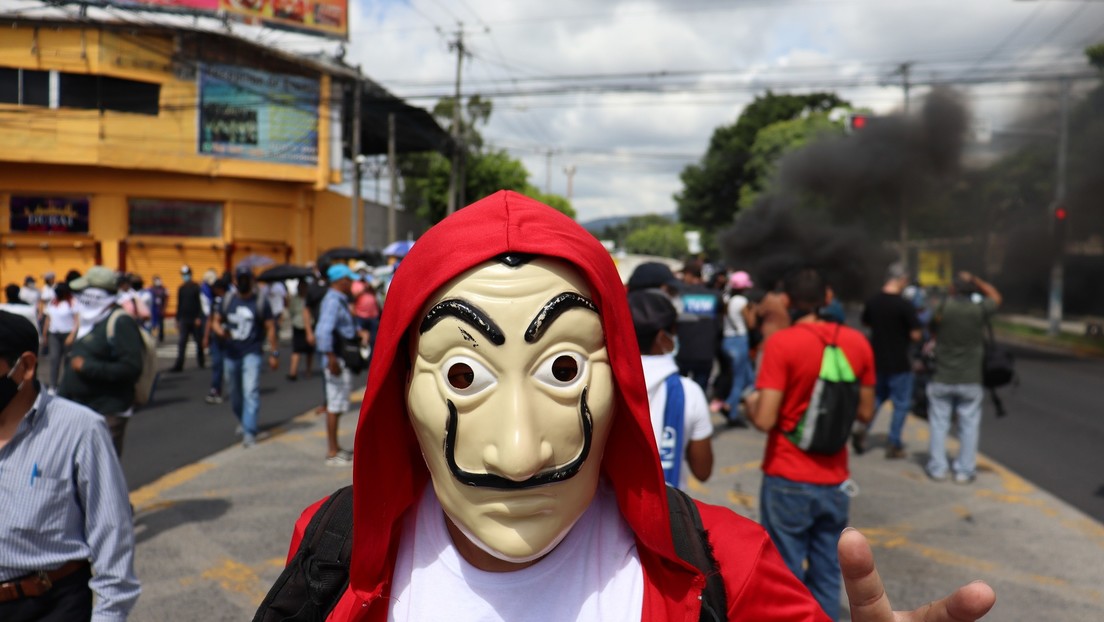 “Democracy and individual liberties are in danger”: This was the massive (and unsuspected) march against Nayib Bukele in El Salvador

This September 15, 2021, exactly 200 years since the declaration of independence, should have been a festive day in El Salvador. But it was not. Or it was, it depends on who you ask, although for reasons that have little or nothing to do with the end of the colonial era.

Thousands and thousands of people have gathered this September 15 in three points of San Salvador, the capital, to march against the government, led by President Nayib Bukele. In Latin America, a protest of a few thousand against the current ruler almost shouldn’t be news, but we talk about El Salvador and we talk about Bukele, who governs with approval levels of 85% and that he boasts of not having thrown a single can of tear gas in more than two years as head of the Executive.

That context is what makes this September 15 march relevant. It will be the first protest against the Bukele administration in which the protesters are not counted in the tens or hundreds, but in the thousands.

“I am marching because democracy and individual liberties are in danger”, Serafín Valencia, Free Expression Rapporteur of the Association of Journalists of El Salvador tells me. I have asked him – like everyone else in this chronicle – why he judged it important to attend.

It’s 10:11 in the morning when I talk to Serafín, and it’s been 26 minutes since the first protesters passed the point where I decided to stay to see how massive the protest is.

The authoritarian drift of President Bukele and the approval of bitcoin as legal tender in El Salvador are behind the growing malaise of Salvadorans.

I chose the junction of the Juan Pablo II avenue with the 17th avenue Norte, right in front of the Government Center, where the Legislative Assembly, the Supreme Court of Justice and a good part of the ministries have their headquarters. The three columns of protesters have to pass through here before heading to Plaza Morazán, the final point.

“I am very surprised, very proud that there are so many people, and not only people who come organized in groups, but people like me, who have come with my brother and my aunt,” a protester named Benjamin and his last name Presentation.

In addition to being massive, the march perhaps the most heterogeneous that El Salvador has known in its history. Trade unionists, families, the disabled and veterans of the civil war, artists, judges, students, skateboarders, more and less radicalized feminists, supporters of the ARENA party, supporters of the FMLN party, all kinds of associations, people have already passed through here. that define pro-life, LGTBI community, environmentalists, doctors, business associations, grassroots ecclesial communities and etcetera and etcetera.

“It is important for the government to know that we Salvadorans want peace, we want democracy and we want the rule of law.”Lucía Zamora tells me at 10:28. 43 minutes have passed since the first protesters crossed this crossing. And this goes on, on.

Aware of the popular support that he still enjoys, ratified in the legislative and municipal elections of February 28, President Bukele likes to disparage the opposition. He has coined the idea that opponents barely agglutinate the 3% of Salvadorans, and his followers repeat that figure sarcastically, although the polls have just given the opposition 20 of the 84 seats in the Legislative Assembly.

“It’s important to be here because today is Labor Day,” a 68-year-old man tells me at 10:31, short and carrying a stick with a red flag on his shoulder, like his shirt. His name is Nicolás and the party of which he is a sympathizer, the FMLN, brought him from the departmental head of Chalatenango, some 85 kilometers north of the capital.

Yes, in this march there are also people ‘carried’, as in almost all the massive marches that have been carried out in the country in recent years. But they are a tiny fraction.

The vast majority of the thousands who, on this holiday, have preferred to take to the streets to be with their families or friends are a direct consequence of the authoritarian drift of President Bukele, which accelerated after his party – New Ideas – took office in May the qualified majority in the Assembly.

That since last September 7, El Salvador is the first country in the world in which bitcoin is legal tender has also contributed to the growing malaise of Salvadorans towards their president.

“People are already waking up from the publicity campaign that Bukele put together to get to the government”At 10:41 a young woman tells me that she prefers not to identify herself with her name, for fear of reprisals, and that she limits herself to presenting herself as a member of AJUPES, the El Salvador Pioneros Youth Association.

“What it has brought me is being able to shout no to the dictatorship, that the separation of powers be respected”he adds.

68 minutes have passed since I stayed at this crossroads in front of the Government Center when the march – at last – seems to come to an end. In the afternoon and at night I will hear estimates of 8,000, 12,000 and up to 15,000 participants. Any of those figures make this demonstration the most bulky against Nayib Bukele and what he represents.

Bukele surely continues to be the Latin American president who enjoys the most majority support. But the opponents are beginning to organize, have a voice, and take to the streets.

Also in the evening, in nine hours, President Bukele will appear on the national network and will speak with contempt of this demonstration, will say that it has been financed by foreign governments, and will announce that he will not back down either on the implementation of bitcoin, or on the massive purge of judges, much less in the restitution of the attorney general and the magistrates of the Constitutional Chamber, which his party carried out on May 1.

But now, at minutes to 11, the last banner that passes in front of my eyes is one with the image of Schafik Handal, the historic leader of the FMLN, who died in 2006. ‘The fight continues’, reads the main message.

It is small, made of cloth. It is carried by two men, one on each side. I approach one of them, who identifies himself as Raúl Martínez, and to the same question he answers this: “At first I believed in him, in 2019 I voted for him, but I am sorry; everything is a deception, a lie”.

Nayib Bukele surely continues to be the Latin American president who enjoys the most majority support among his governed. In future surveys we will leave doubts. But the opponents are beginning to organize, have a voice, and take to the streets. It is the most resounding message left by the massive march of this September 15, 2021.