Despite partial victory: “Fortnite” remains out of the App Store 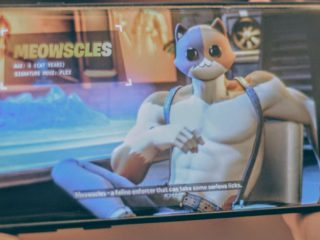 It is not to be expected that the hit shooter “Fortnite”, which plays a central role in the current legal dispute between its manufacturer Epic Games and the app store operator Apple, will soon return to the iPhone and iPad. You can assume that if you read a message from Epic boss Tim Sweeney on Friday reads correctly – which he had sent before Epic’s decision to appeal in the process.

Sweeney: Want to pass savings on to customers

In an initial decision, Apple was able to avert almost all of the complaints from Epics, but has to allow app providers to link to payment methods other than in-app purchases (which bring the group large commissions). Sweeney said on Friday that “Fortnite” will only return to the iOS App Store when Epic can offer “in-app payments in fair competition with Apple’s in-app payment system”. He promised to “pass on the savings to the end customers”. Apple currently wants to see 30 percent in the first subscription year and 15 percent from the second; Regular in-app purchases always cost an app provider a 30 percent commission.

A link is not enough for Epic

Currently, Sweeney does not seem to see that Judge Yvonne Gonzalez Rogers’ decision allows Epic Games to really compete with Apple’s (very easy to use) in-app shopping process. A link to the outside would lead to a browser, where users would then have to re-enter their data if necessary; Everything is stored for in-app purchases. For gamers, this means that they can still not play “Fortnite” on popular devices – or no current “episodes” of the game, which are regularly updated.

According to Gonzales Rogers, Epic is said to have broken the App Store contract with Apple. Accordingly, the termination of the developer account was correct and legally correct. Naturally, Epic doesn’t see it that way.

With the challenge of the judgment that took place on Monday night, the wording of which is currently not yet available, Epic probably wants to ensure that Apple is still declared a monopoly – which did not succeed in the first attempt. Apple’s share had reacted very negatively to what was actually a relatively good judgment for the group, the shares crashed on Friday by around 3.3 percent on the NASDAQ. Apple itself should also plan an appointment, wants a complete acquittal so that no changes have to be made in the App Store.