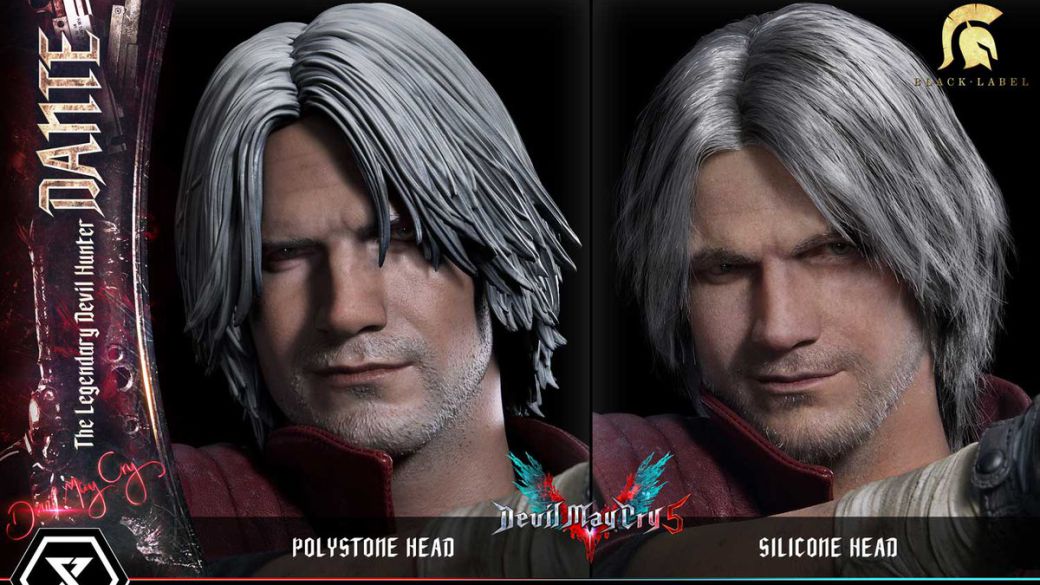 Devil May Cry celebrates its 20th anniversary with a statue of more than 3,500 euros

If you want to have a half-scale figure of Dante in your home, it is best to prepare the portfolio, because it will not be cheap. As published by Siliconera, Prime 1 Studios has revealed a statue of the Devil May Cry 5 version of the character for the 20th anniversary. It is a Black Label Edition that It will cost a whopping $ 4,299, that is, about 3,600 euros to change. The figure is part of the Museum Masterline Series, so it is constructed of high quality fabric to look as close to the ingame version as possible.

In addition, this edition includes a second head made of silicone and with synthetic hair. Buyers purchasing the statue are expected to receive the item between November 2022 and February 2023, so there is still plenty of time for the product to materialize in reality. The dimensions are as follows: height 109 cm, width 63 cm. And its weight? Nothing more and nothing less than 30 kg.

Dante’s jacket is made of real leather and has all kinds of details, like zippers and buttons. The pants are fastened with a belt that has a real buckle designed in metal. As if that weren’t enough, they have worked to make the skin feel realistic. The standard version of the Dante statue costs slightly less, although you will also have to pony up money: 2,699 dollars, about 2,200 euros approximately.

Devil May Cry 5 is the most recent title in the series. The game went on sale for PS4, Xbox One and PC, although after the launch of the new consoles, Capcom has commercialized the Special Edition for Xbox Series X, Xbox Series S and PS5. And what about a new chapter? At the moment, nothing has been officially announced.