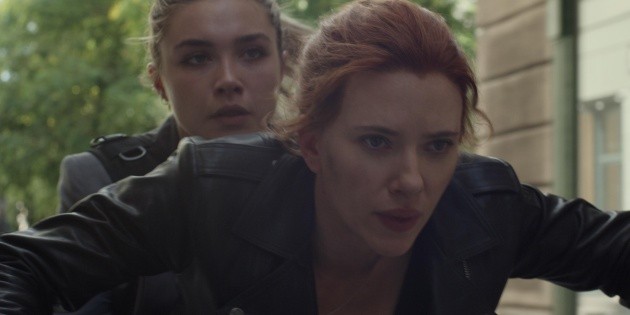 Did Black Widow’s post-credits scene introduce us to an Avenger’s new villain?

After so much waiting, it was released Black Widow, the film that opened Phase 4 in the Marvel Cinematic Universe. It was originally due to have its launch in 2020, but the Coronavirus pandemic prevented it and forced them to schedule a new date. Fans have already seen it in theaters and on the streaming service Disney+, Y you already saw the post-credits scene. A new villain?

So far we are talking about the most successful film since the beginning of the health crisis in the world, since in its early days raised $ 218 million, of which $ 60 million comes from Premier Access on the platform. Undoubtedly, most of it came from theaters, making it clear that it is a new step towards the old normal with open theaters.

As is typical in the MCU, the feature film starring Scarlett Johansson had a post-credits scene. In it we see Yelena on Natasha’s grave, which has a headstone with the legend: “Daughter, sister, Avenger”. As we know, the actress who played the character will stop doing it and this worked as a way to close her arc for good.

In this scene we see Valentina Allegra de Fontaine (Julia Louis-Dreyfous) who we met on the show The Falcon and The Winter Soldier, telling Yelena that Hawkeye was responsible for her sister’s death. As we know, this was not the case, since both were willing to die to have the Soul Stone in Avengers: Endgame, but it seems that a part of her believes him and decides to go in search of Clint Barton in search of revenge, which would leave her as a new villain.

To know what you have prepared for us Marvel we must wait for the official launch of the series of Hawkeye, which will reach the screens of users of the Disney + platform in the last months of 2021. In the meantime, we await a trailer and the definitive opening day.

To see all the latest Marvel content, you must be a subscriber to Disney+. Haven’t you done it yet? This is your chance: do it with this link.