Did you know that the speedometers of the cars do not indicate the real speed? These are the reasons 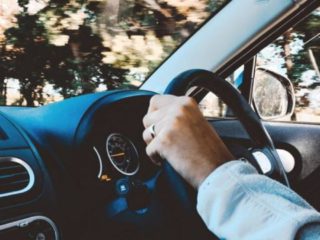 On the verge of summer vacation, it’s time to get the car ready and we must stop at certain factors that will be key. One of them are speedometers, but I do not know if you have noticed that this does not indicate the real speed of the car. Why?

According to European regulations, the speed indicated the car’s speedometer should not be lower than the actual speed, with a maximum margin of error on the real speed of 10% + 4 km / h.

But of course, this depends not only on EU regulations but also on other international ones. Car brands from other places such as the Japanese adhere to the SAE J1226 standard which admits an error of 4%, both above and below the actual speed.

It is clear that speeding is an added problem in cars, because they generate many fines and it is also one of the main causes of car accidents in our country. Thus, due to this and many more factors, it should be noted that manufacturers, such as they don’t want to have problems related to accidents or speeding tickets, they ensure that we go slower than we think.

How does the speedometer work?

Another reason why car speedometers do not indicate the real speed at which we are going or we think we are reaching is that this device measures the rotation of the secondary shaft of the gearbox or of the car wheel. Then extrapolate a speed using a mathematical formula.

Following the vision of the manufacturers, these usually measure according to one of the wheels, but the diameter of these can be altered for various reasons, be they excesses or defects of pressure, etc. and the conclusion is that the speed ends is not correct.

Use a GPS or an app

To accurately measure speed we can do it with a GPS, or a smartphone app. An advice that many drivers use, regardless of the type of car and brand they have is from one country or another. Because that way you will know the speed at which you are going and not the one marked by the speedometers that you already know does not mark the real speed.