Didn’t Prince Harry and Meghan Markle ask the Queen for permission to name Lili in their honor? 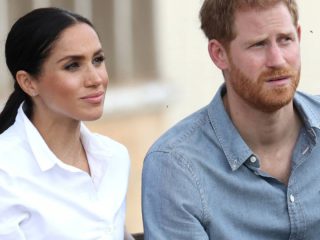 The Sussexes quickly cleared up new rumors about their little girl.

Although Meghan Markle and Prince Harry’s daughter, Lilibet “Lili” Diana, is less than a week old, her name is already at the center of some conflicting conversations.

On Wednesday, June 9, the BBC reported, citing an anonymous Palace source, that the proud parents allegedly did not ask Queen Elizabeth II about the name of their newborn Lilibet, which as royal fans well know is the monarch’s lifelong personal nickname. .

Harry and Meghan, however, were quick to deny the claim. According to a spokesperson for the couple, before announcing the birth of their daughter, Harry called his grandmother before any other member of his family and shared his and Meghan’s wish to name their baby Lilibet after the queen. They would have used a different name if Queen Elizabeth had not supported the choice.

The sovereign’s name is not Lili’s only real name. “Her middle name, Diana, was chosen,” explained the baby’s birth announcement, “to honor her beloved late grandmother, the Princess of Wales.”

If there were any underlying issues with the newborn’s name, there was no evidence of that in the family’s public good wishes following the news of her birth. As a June 6 statement from Buckingham Palace put it, “The Queen, the Prince of Wales and the Duchess of Cornwall, and the Duke and Duchess of Cambridge have been informed and are delighted with the news of the birth of a daughter to The Duke and Duchess of Sussex “.

Shutterstock
Disclaimer: This article is generated from the feed and not edited by our team.