Digital court: how the judiciary is changing 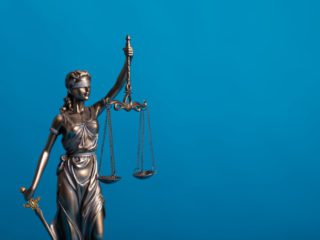 Conducting hearings via video and viewing digital files at home: the work of many judges in Lower Saxony has changed significantly in recent years. “The corona pandemic has given the digitalization of the courts a real boost,” says the chairman of the Lower Saxony judges’ association, Frank Bornemann, of the German press agency.

According to the Lower Saxony Ministry of Justice, the halls in more than 120 courts in Lower Saxony have been equipped with new technology since the beginning of the pandemic – large-screen monitors, cameras and loudspeakers have been purchased. According to the information, a further eight million euros are available after the adjustment of the Corona special fund. This will equip 100 more halls, purchase notebooks for the home office and improve access to the justice software.

Bornemann, who is himself a criminal judge, occasionally only conducts hearings before the Penal Enforcement Chamber via Skype. Those affected who are in prison or in the penal system would then no longer have to be driven to court, explains Bornemann. That saves time, transport costs, personnel and is pandemic-proof.

Such video switching is only useful if the procedures are “clear and unambiguous”. “There are cases that are on the brink of danger and are highly complex. As a judge, I am already ex officio obliged to give myself a personal impression,” says the judge. In any case, the person affected would have to agree to a video hearing in the first place. In principle, he will not be able to conduct main negotiations digitally.

Bornemann’s colleagues in civil law also made extensive use of video switching – for example when the opinion of experts who lived in another part of Germany or abroad is obtained, he reports. Specialized interpreters could also be involved more easily, especially in court proceedings in rural areas.

In addition to digitization in the courtroom, the introduction of so-called digital files is a “mammoth task” for many courts, reports Bornemann.

The Oldenburg Labor Court was the first court in Lower Saxony to switch completely to the electronic court file in June. The pilot project was preceded by tests lasting several months. After the successful completion of the pilot phase, the paper file will be omitted, the Ministry of Justice announced at the time.

The background to this is a federal law, according to which from 2026 case files are to be kept exclusively electronically at all public prosecutor’s offices and courts. Lower Saxony has set itself the goal of fully implementing the electronic file in all specialized court proceedings, in civil cases at regional and higher regional courts and in insolvency cases by the end of 2022. In the rest of the time, the introduction to criminal matters and the local courts will follow.

“Because the requirement to digitize the judiciary comes from a federal law, the federal government must also contribute to the costs,” says Bornemann. The financial leeway in the country is also important for other areas, for example to increase staff.

Bornemann sees “technical performance” as the greatest challenge for the digital transformation in Lower Saxony’s courtrooms. “The problem is up across the country, but the line capacities across the country,” says Bornemann. “If someone involved in the negotiation suddenly disappears from the screen, then that is a challenge.” There is an urgent need for action in the area-wide network expansion.

The judge is also concerned with IT security: Fortunately, Lower Saxony is able to have its own IT service provider for the judiciary. He is primarily concerned with averting danger. “So far it has worked out well,” says Bornemann.