Digital proof of vaccination is coming: Spahn’s plan for the CovPass 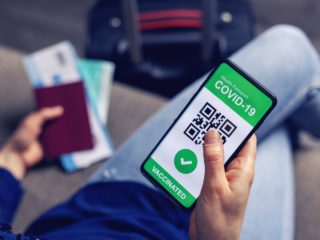 The CovPass app should be available in the usual app stores with immediate effect. Certificates with which the vaccination status is entered there can be issued from Monday in participating pharmacies and from doctors as well as in vaccination centers. Anyone who already enjoys full vaccination protection can, however, also receive a letter by post in analogue format so that it can be digitized with their smartphone. Some vaccination centers have already started this, says Federal Health Minister Jens Spahn, who gave a press conference on the digital vaccination pass on Thursday. With him was Lothar Wieler, President of the Robert Koch Institute (RKI), which is involved in both the infrastructure and the app.

The app and certificate should be available to all interested parties by the end of June. The digital vaccination certificate can be seen as a supplement to the yellow vaccination certificate that is still valid. Retrieving the information on the smartphone and carrying it with you is considered more practical. The slip on which the QR code is given by the creator is also valid.

Pharmacies still have the option to register in order to be connected to the infrastructure for issuing the certificates. The number of participants will increase accordingly, they are then available on the mein-apothekenmanager.de page. The pharmacies receive 18 euros per customer. In medical practices, the fee varies from the low single-digit range to 18 euros, according to Spahn. The aim is to use the money to create incentives so that as many pharmacists as possible participate. In the case of a lower sum, this is apparently not guaranteed – is the response of the Minister of Health.

In order to serve a customer, the experts have to provide their access data on a page provided by the Robert Koch Institute (RKI) Log in and enter the name and date of birth of the vaccinated person as well as the details of the vaccination. Spahn emphasizes that the pharmacists would also provide a kind of authenticity check as a service. The certificate including QR code is then created, which can be given to the vaccinated person. The process is secured with a signature, i.e. with several keys. After the code has been scanned, the data is stored locally on the device or is stored directly in the QR code – this does not lead to a website with information.

As a result, the data stored in the CovPass app or the Corona warning app should be able to be read out via the EU gateway, which T-Systems and SAP developed on behalf of the EU Commission. The authenticity of the certificates is checked and the data is displayed in plain text. The collection of data, such as whereabouts and movement data of people including vaccination status, is legally excluded, but technically possible in principle. In the EU there is no provision for the digital vaccination certificate to be used as a prerequisite for access to events. It is different in Switzerland, the system there is compatible with the EU gateway, but should also be used at major events.

Anyone who can prove their vaccination status – but also a negative test result and the recovery status – may not be imposed any further measures, such as self-isolation or tests, when border crossings, such as self-isolation or tests, was agreed at EU level. Parliament only approved this week. The control or query takes place via an app, which the responsible project manager at IBM called “CovPass-Check”.

In contrast to the Corona-Warn-App (CWA), which was developed by SAP, the CovPass from IBM and partners cannot trace contacts. However, since the current update, the CWA can also display the vaccination status. In addition, it is already possible to have test results entered with this app. Tests and recovery status for the CovPass should follow in the coming weeks.