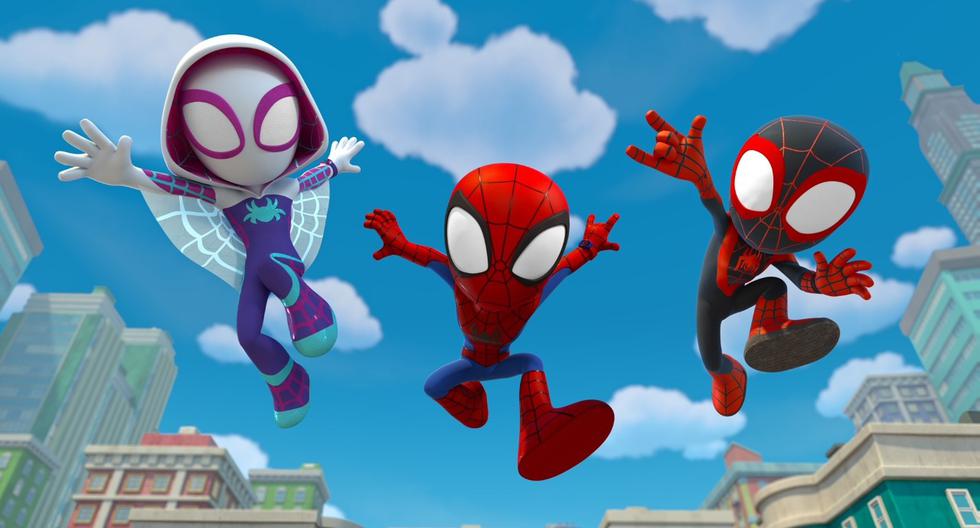 Disney Plus premieres the series ‘Spidey and his amazing friends’ this September 22 – MAG.

Wednesday September 22 Disney+ premieres the Spidey and His Amazing Friends series, the first full-length Marvel series for preschool-age boys and girls. Fantastic Super Heroes are best friends who work as a team as they face dangerous challenges with the help of their super powers like spider sense, super strength and wall climbing skills.

Spidey and his amazing friends present new and fun missions to complete, starring the Super Heroes Spidey, Miles Morales and Ghost-Spider, with a lot of action and ready to fight their enemies Rhino, Doc Ock and Green Goblin.

After being bitten by a radioactive arachnid, Peter Parker becomes the friendly Spider-Man. Every day, she does her best to protect people because she knows that great powers come with great responsibility.

He is the youngest member of the team. Miles is enthusiastic, funny, and loves drawing and painting almost as much as being a hero. Miles can become invisible with his ability to hide and uses his spider sting to put villains to sleep.

Ghost-Spider is the coolest heroine in town! When she’s not drumming, she can be seen with the team doing their part to protect the city from villains. His detective skills are second to none and he has a unique ability for espionage.