Do Fight Club and Memento happen in the same universe ?: the bond between Marla and Teddy that hardly anyone knows 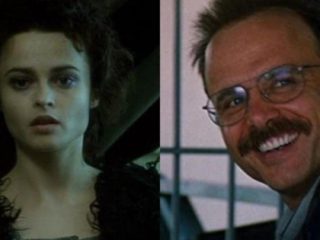 Fight Club Y Memento They are two cult classics of the psychological thriller. They were released around the same time and are directed by two masterful directors, David Fincher Y Christopher Nolan. While Fincher already had some way to go in the cinema with his films Alien 3 Y Seven, Nolan was just directing his second feature film. The truth is that, despite these differences, both managed with these two films to capture a sector of the public very quickly.

However, and despite its popularity, few have discovered the unusual but striking connection that two of the characters in the tapes have, Marla Singer from Fight Club, interpreted by Helena Bonham Carter and Teddy from Memento. Both have a direct link with the protagonists and, in addition, they share something else, really difficult to remember while watching any of the films. See what it’s about.

Fight Club and Memento are connected but only few have noticed

The connection is really amazing and it is tied to a phone number. Its about 555-0134 and it’s both Marla’s and Teddy’s number. They appear in the films as the only way for the protagonists to contact them, something that, by the way, generated suspicions and the theory that both films could happen in the same universe. But not only that. Maybe these characters could even work as partners.

Did Nolan use this reference to Fincher’s film consciously? You have to remember that it was Fight Club the one that premiered first, in November 1999, while Memento, a few months later, in 2000. However and much to the dismay of the fans, the answer to this question is no. Despite the fact that Nolan’s film was released later, the films were shot around the same time, so there was no way the British filmmaker knew what number Fincher was going to put on. The fight Club.


On the other hand, in the United States the prefix 555 is usually used for fictitious numbers that appear in movies or series. Later the range from 555-0100 to 555-0199 was added, where the telephone number that appears on both tapes coexists. In this way, any type of link between the films is disproved. Obviously it was a simple coincidence, very strange, yes, but coincidence in the end.


Apart from the fact that there is no connection between the films, it must be said that their premises also have a certain similarity, only that Fight Club addresses the psychological more from the black comedy and with a clear criticism of the system, while Memento delves more deeply into the human mind and memories from the thriller. Both Nolan and Fincher are masters of this genre and experts in surprising endings that hardly anyone expects.