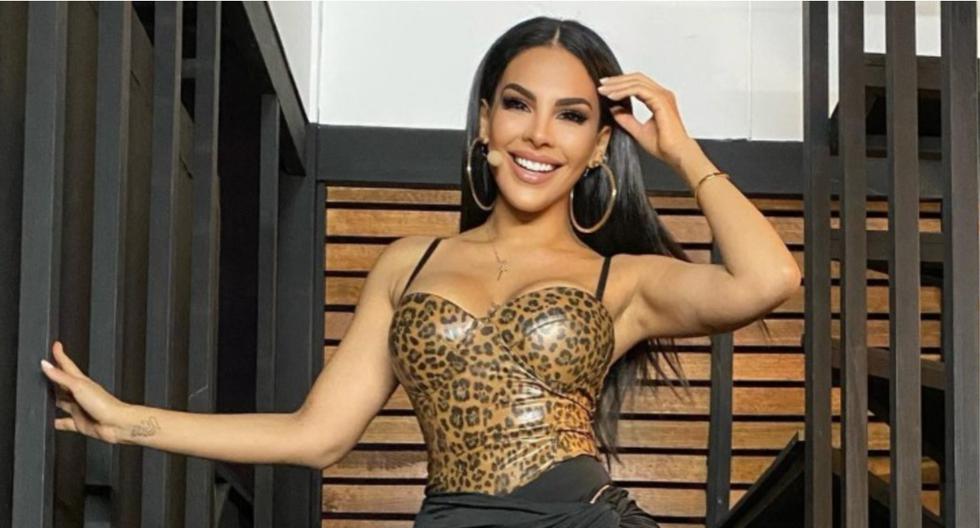 Does Stephanie Valenzuela want to work in Peru again? This said the actress and singer

The model Stephanie Valenzuela He was part of the reality show “La casa de los celebrities”, a successful program on the Telemundo network, where he lived with 16 Hispanic personalities among actors, singers and influencers such as Pablo Montero, Manelyk González, Jorge Aravena, Christian de la Campa, Gabriela Spanic, Celia Lora and the winner of the reality show, the former Miss World, Alicia Machado.

In this regard, Stephanie Valenzuela confessed to feeling excited for having been part of the Telemundo reality show, despite having been one of the first eliminated from the program.

“My admission to ‘La Casa de los Famosos’ was surprising. When I received the invitation from Telemundo, I couldn’t believe it! I felt super lucky but I was not sure to accept it because I am relatively new to Mexico and Miami and the other participants have a great career, however, I decided to take a risk and I was not wrong”, said the popular ‘Tefy’ through a statement.

“Although I did not last a long time inside the house, during the three months that the reality show lasted, I was invited every day as part of the commentary panel along with the artists who were being eliminated to talk about what was happening in the house. It was a very fun job “added.

Likewise, the influencer also assured that she has several job proposals in Peru; however, for now his future is in Mexico. For now, you have everything ready to shoot an international movie.

“I have the doors open for several productions, but at the moment I have no intention of working in Peru because today I am focused on staying in Mexico. For now, thank God, opportunities are opening up for me as an actress, I’m about to shoot a feature film as well as several surprises that will make me grow as a personal and professional “, he clarified.

On the other hand, Valenzuela also remains current in the musical field. The also singer has recorded with La Sonora Dinamita, a Mexican and Colombian group exponent of tropical music, mainly cumbia and Osmani García, remembered for the song ‘El Taxi’ with Pitbull. The latter was produced by the Peruvian musician, Jaime Cuadra.