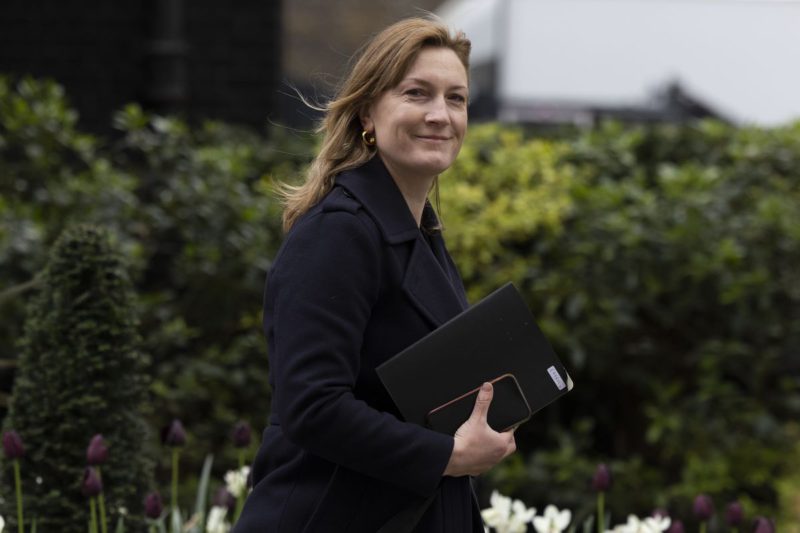 Boris Johnson has only two hands, and every attempt to plug a new crisis is limited by the need to stem a loss of credibility, which is pouring out of him. Just as their government holds daily meetings to discuss the evolution of the omicron variant of the virus, and a new twist on social restrictions is being proposed days before Christmas, the British have discovered that Downing Street staff bypassed lockdown in last December to celebrate the holidays. “The now famous party at 10 Downing Street means that any new confinement that is imposed will be understood only as a recommendation, whatever the law says,” Conservative MP Charles Walker summed up to the BBC on Tuesday night.

The conservative prime minister has been quick to apologize, as soon as the control session began this Wednesday in the House of Commons, to try to stop the avalanche of criticism unleashed between the conservative deputies and the opposition parties. “I’m furious. I apologize for this offense to the entire country and for the impression it has left, ”Johnson said in a written statement. “I was told at all times that there had been no party, and that the rules had been respected at all times. I have ordered an internal investigation, and there will be disciplinary sanctions if found guilty, ”Johnson has promised.

The damage dealt is double. Not only because the idea that the government has an anticovid rule for the population and another for its people is being transmitted again, but because Johnson has once again been caught in a lie. When the news broke, that the Daily Mirror published earlier this week, the prime minister assured that “all current regulations and recommendations were respected.” According to information from the newspaper, however, at least 30 people gathered at the offices of the government headquarters for the celebration, and the party included the exchange of gifts in the manner of an invisible friend. It was December 18. Two days earlier, London had entered coronavirus alert level 3, which meant there could be no indoor gatherings, beyond members of a family bubble. The recommendation, at that time, was to work from home and only have business lunches if absolutely necessary.

It was difficult to sustain the falsehood, but everything has been further aggravated when the ITV chain published a video that added derision to the offense. Johnson had hired BBC political journalist Allegar Stratton shortly before the event as Downing Street’s new press officer and spokesperson. They were then working on the idea of ​​having daily televised Stratton press conferences, as does the US White House communication team. And the rehearsals had already begun, with cameras, a lectern, and mock questions and answers, conveniently recorded by a television production company hired for that purpose. One of the team members participating in the tests asked the question: “I have seen reports on Twitter that there was a Christmas party in Downing Street on Friday night. Do you recognize this information? ” Nervous smile. “I went home,” he answers. The partner insists, and Stratton begins to joke with evasive responses. “Is it worth answering that it was just the usual combination of cheese and wine?” He says. Johnson’s famous habit of ending the day with that combination, in large portions, and skipping whatever diet he is on at the time. “It was a work meeting, although it did not respect social distance,” concludes Stratton with a laugh, while warning the team that everything is being recorded. So it was, and that recording has become known right at one of the most delicate moments of the Johnson government.

“All those who were prohibited from seeing their loved ones on those days, many of them at the end of their lives, are going to quickly come to the conclusion that they were taken for idiots,” denounced the Conservative deputy, Roger Gale. The London Metropolitan Police, New Scotland Yard, has already launched an investigation into the incident and is reviewing the video broadcast by ITV. It was Kilt Malthouse, the Secretary of State for the Interior for Police Affairs, the first to demand an official investigation of everything that happened. “An accusation has been made, and the police must investigate the matter and come to their own conclusions, without us forcing them to do anything,” Malthouse announced.

The leader of the Labor opposition, Keir Starmer, has demanded an immediate apology from Johnson. “People across the country followed the rules even when they involved being separated from their families, confined and, tragically for many, unable to say goodbye to loved ones. They had the right to expect the government to do the same, “said Starmer. “Lying and laughing at those lies is shameful.”

The Johnson government is debating this week whether it imposes, as in other European countries, the requirement of a covid certificate for events and parties held indoors. Ministers are divided on this. The head of Health, Sajid Javid, who this week announced that omicron transmission was already communal in the United Kingdom, wants more controls. Other members of the government, pressured by the hard wing of the conservative deputies, who reject more restrictions on rights and freedoms, oppose the new measures. The Downing Street party scandal has come at a time when Johnson needed more authority and credibility to control a sensitive situation.