Home
Entertainment
Dragon Ball Super, chapter 75 now available: how to read it for free in Spanish

Dragon Ball Super, chapter 75 now available: how to read it for free in Spanish 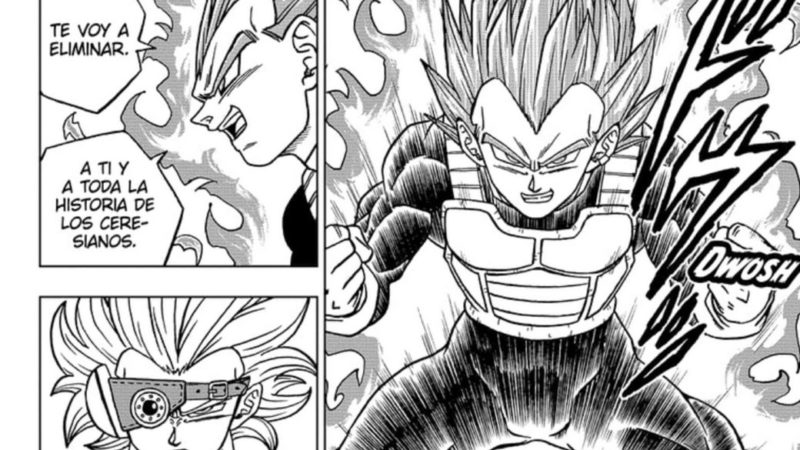 Summer heats up and the story of Dragon Ball Super is on fire. However, the wait for chapter 75 is now over. After the events narrated in episode 74, where we have seen Vegeta fight Granola, it’s time to find out what happens next. We will see it in the manga outlined by Akira Toriyama, the original author, although it is Toyotaro who has captured the action in the cartoons. Below we explain how you can read it for free and in Spanish through the Manga Plus application.

Dragon Ball Super 75: now available for free and in Spanish

As we said the previous month, Granola survived the Saiyans and Frieza, which is why he plotted a vengeance that threatens to drag down all those who caused him pain. The character continues to fight Vegeta, so we will soon find out who will win. Will the proud Saiyan fall or will Granola himself? We do not tell you anything else, since you can see for yourself.

To read the manga, you just have to download the app, either on Android or iOS mobile devices. If you prefer, it is possible to taste it online through browsers. Below we offer you the specific links.

Manga Plus, the free and legal official app to read manga

Manga Plus is an application from the Japanese publisher Shueisha, owner of many of the most important shonen-type manga in history. One Piece, Naruto, Bleach o My Hero Academia, among other Shonen Jump products, simultaneously premiere their chapters on this service, both in monthly and weekly editions. The application generates money thanks to advertising, so it can be downloaded without any additional cost, in English and Spanish. Of course, when a time passes, many of its chapters disappear.

Dragon Ball Super is also published on paper thanks to Comic Planet in Spain, but they do not come out at the same time as the single chapters.