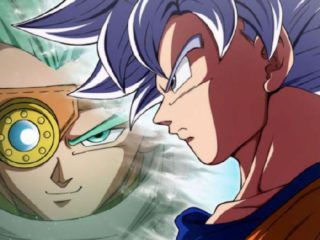 Until the day arrived! It is only a matter of hours before the 72nd installment of the Dragon Ball Super manga reaches the Internet and shows the beginning of the confrontation between the Z Warriors and Granola, the most powerful being in the universe. Granola has a lot to prove by being a victim of the Saiyan army, which operated under Frieza’s orders.

Dragon Ball Super chapter 71 ended with Goku and Vegeta going to the Cereal Planet with the lie that Granola is a threat to the Heeters. The first sketches show the protagonists landing on that planet and then leaving in search of Granola.

Granola does not appear in the sketches of the manga, but his attacks that are launched from afar do. Goku and Vegeta only manage to dodge the wave of energy balls to continue advancing towards the objective.

This tactic fits in with what we already know about Granola. Since he was informed of the arrival of the Saiyans beforehand, he had probably prepared a plan to ambush them as soon as they reached the planet. With his sniper ability (and his apparent ability to disguise his ki), it seems like the plan is to hit them from afar. But as the opening of this chapter suggests, this is probably just the first of many of Granola’s plans against the Saiyans.

Episode 72 of Dragon Ball Super will be released on May 20.

At the moment, we already know that Toei Animation has officially announced that the Dragon Ball Super story will continue with a new movie in 2022. It was confirmed that Akira Toriyama will be responsible for the original plot, character designs and script.

The goal is to exceed the figures made by Dragon Ball Super: Broly in 2018, so Toei Animation could bet on 3D animation, a technique that has been seen at the end of the return of the Legendary Saiyan and in other projects outside of Dragon Ball Super. .