Episode 76 of Dragon Ball Super has given Goku a new power never seen before in the history of the franchise. It is not a new evolution, but a tactic that would have its origin in the Ultra Instinct.

The new installment of the Dragon Ball Super manga, corresponding to the Granola the survivor saga, shows Goku preventing Vegeta’s pride from being the end of Granola, the most powerful being in the universe and the main threat to the Z Warriors.

Goku pushes Vegeta and he falls unconscious from the impact. Granola therefore returns to attack Goku. The Ceresian’s tactic was to hit the Saiyan’s vital points to instantly incapacitate him, something we’ve already seen in previous episodes of the manga. The detail is that now Goku manages to survive the accurate blows. 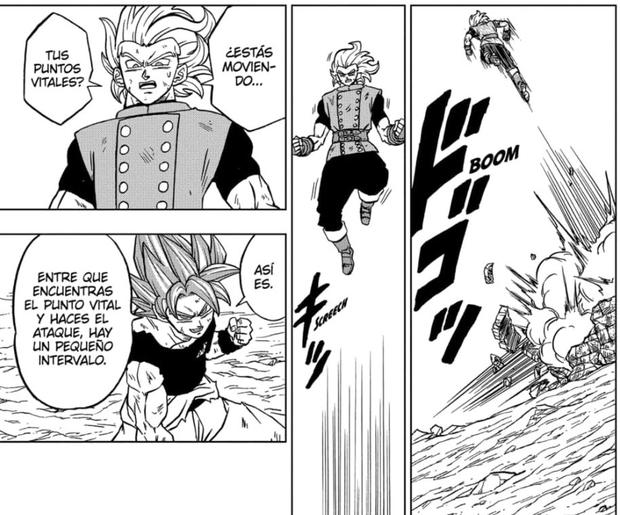 “Are you moving your vital points?” Asks a surprised Granola. “That’s right, between finding the vital point and making the attack, there is a small gap. I can’t completely dodge it, but I can move the place where you’re going to hit me a little bit at that moment. “

Goku does not explain in detail what the technique is about, but Granola adds that this is due to the “dodge technique”, that is, Ultra Instinct, a state of mind in which the user is able to dodge any moment without thinking. and automatically.

Chapter 76 of Dragon Ball Super is entitled “The Fate of the Saiyans.” The news is that Goku is already recovered to return to the fight after the beating of two chapters ago and Vegeta tries to recover after the defeat in the previous installment.

Read Also   WhatsApp: what does the face with clenched teeth mean and when to use it - MRT

You can read the new installment of Dragon Ball Super by clicking on this link, which will direct you to the Manga Plus portal. There you can read both episode 76 and the previous three at no cost and so you can catch up on everything that happened in the franchise.