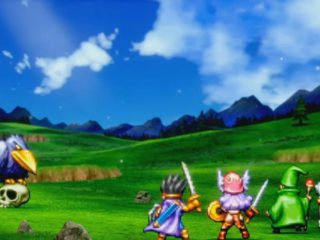 The Dragon Quest saga has just laid its cards on the table. Square Enix performed a live to celebrate the 35th anniversary of the series. Like SEGA in the case of Sonic, the company took the opportunity to announce some of the projects they have underway. One of the surprises was undoubtedly the HD-2D remake of Dragon Quest III, which shows very detailed sprites and an art style similar to that of Octopath Traveler. And what about the first two games? Nothing at the moment, but Yuji Horii, its creator, would love to see Dragon Quest y Dragon Quest II received the same treatment.

As Nintendo Life has published, during the aforementioned streaming Horii made some comments about it. Although the desire is for these remakes to materialize, it currently only reflects the interest of the developers to give these products the green light, but this is not an official confirmation. “Maybe later we can do a remake of [Dragon Quest] 1 and 2, so maybe the first and second could be an unexpected surprise. ” But then he added: “We want to do it, but it’s not official yet.”

The other projects to come.

Dragon Quest XII: The Flames of Fate is the new installment of the main saga, a game that has not yet been revealed or the platforms. Of course, Square Enix has shown a small teaser in which you can see the logo, much darker than usual. The reason is that the title will offer a more mature and dark point of view. In addition, it will introduce decisions that will determine the story and propose changes in the combat system.

Beyond the remake has also been confirmed Dragon Quest Treasures, a spin-off of the eleventh chapter of the saga, which will star Erik and Mia. We know that it will be an RPG and that it will have a worldwide release.