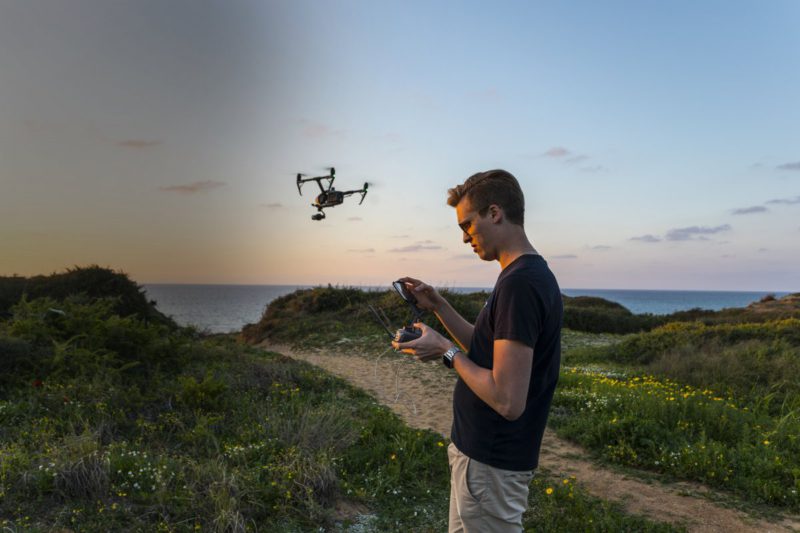 Gone are the days when drone pilots assembled their multicopters themselves and had to overtake them after each landing. Manufacturers such as Autel, DJI, Parrot or Yuneec now offer many affordable and mass-market drones. With a little practice and a healthy dose of common sense, even complicated maneuvers can be completed without any problems. The drone is controlled via an included remote control. A smartphone connected to it by cable shows the live image from the drone camera and allows the settings to be changed via the app. Once started, the drone stays in the air until the battery is empty. After that, it usually lands on its own.

Don’t worry: the drone does not fly away, does not wobble in the air and, if necessary, automatically stops in front of walls. Because built-in sensors and stabilizers ensure a safe flight, so that almost anyone can control them: For example, built-in navigation via GPS and Glonass satellites is part of the good game. Most drones also come with a barometer to measure altitude, a dual compass (if one fails), downward-facing sensors for ground detection and even a camera-based collision warning system. Some new models automatically warn drone pilots of approaching aircraft or other air traffic participants. Of course, this does not release the pilot from his duty to keep an eye on his surroundings and to avoid certain places (more on this later).

Controlling a modern drone is so easy today that you can fully focus on the camera. If you want to afford a drone for filming, we would like to give you the following advice in advance: If you buy cheap, you buy twice. Because the more expensive models not only offer better flight characteristics and stay in the air longer, but also have better and better cameras on board.