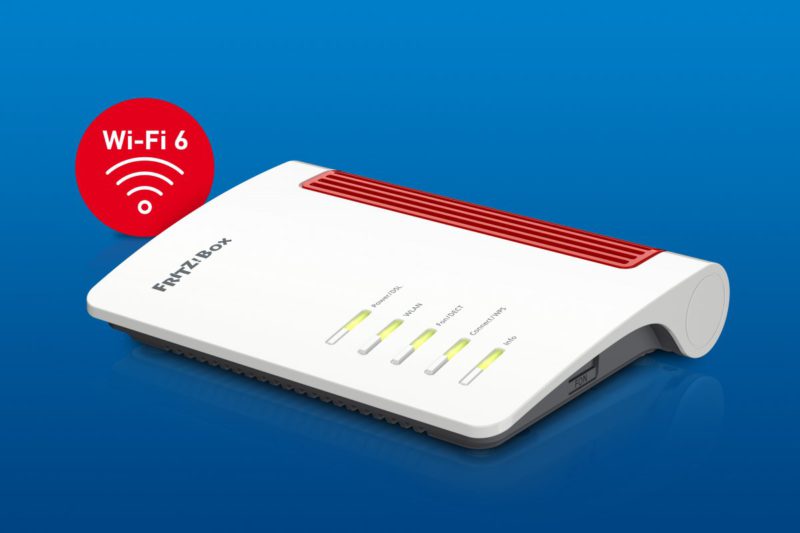 AVM brings the Fritzbox 7510 on the market. It is the manufacturer’s cheapest router for xDSL Internet connections, which transmits via Wi-Fi 6 (IEEE 802.11ax) to end devices such as notebooks, tablets and smartphones. The recommended price is 129 euros, 40 euros below the RRP of the Fritzbox 7530 AX, which is also Wi-Fi 6-capable.

For the lower price, however, you have to accept a severely limited range of functions: The Fritzbox 7510 only has a single Gigabit Ethernet connection, for example for a cable connection to the PC. In addition, it only masters WLAN in the 2.4 GHz band with two MIMO streams (maximum 574 Mbit / s gross). It does not transmit in the 5 GHz band, where up to 1200 Mbit / s would be possible. The router supports DSL with supervectoring up to a speed of 300 Mbit / s.

Data carriers can only be connected via a single USB 2.0 port (type A), so that the Fritzbox 7510 can only be used as a slow network storage device (NAS). After all, the router has all the usual AVM software functions and a DECT base for cordless telephones and smart home devices. WLAN repeaters can be coupled for a mesh WLAN.

Reach for the more expensive model

The sale of the Fritzbox 7510 should begin shortly. Because of the moderate surcharge, we rather recommend the Fritzbox 7530 AX, provided it is supposed to be an AVM router. The model has four gigabit connections and transmits in parallel at 2.4 GHz in the 5 GHz band.