E3 2021 | Everything we know about Final Fantasy XVI 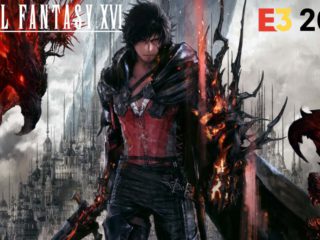 Square Enix Presents will give a good account of what is to come at E3 2021 (Sunday, June 13 at 9:15 p.m. CEST). One of the most anticipated titles of the Japanese company is undoubtedly Final Fantasy XVI, a new installment of the Japanese role-playing saga, which was announced during the PlayStation 5 presentation event. Since then some data has been provided, but the The study has remained prudent and has preferred to wait until later. Then, we summarize everything we know about the long-awaited project, which will arrive exclusively temporarily on Sony’s next-generation console.

In the vein of the most recent games in the series, Final Fantasy XVI will put aside turn-based fighting. In fact, the responsible studio, the same one behind the fourteenth installment, has opted for an action-focused system. The video game is directed by Takai Hiroshi, while Naoki Yoshida, director of Final Fantasy XIV, acts as producer on this occasion.

Valisthea, the world at war

The plot takes place in Valisthea, a beautiful world ravaged by war. Crystals are a source of power, but also a reason for conflict. They all seek his blessing so that they can use his magic and live a comfortable life. Unfortunately, the times of peace are about to come to an end. In this context, it should be noted the figure of the Eikons, invocations, beings with extraordinary strength. These creatures live within the Dominants, people who are capable of summoning and displaying their power.

While in some nations the dominants they are treated with respect and dignity, for other countries they are simple weapons of war. Valisthea enjoys a balance between the different kingdoms, but that idyllic world does not seem to continue. The confirmed kingdoms are the Grand Duchy of Rosaria, the Holy Empire of Sanbreque, the Kingdom of Waloed, the Republic of Dhalnekia, the Kingdom of Iron, and the Crystalline Domain.

The main character is Clive Rosfield, the eldest son of the Archduke of Rosaria. Everyone thought he would wake up Domineering, but it was his 10-year-old little brother who did. Clive trains to become a true expert in the art of fencing. In fact, with only 15 springs he manages to rise as the winner in the ducal tournament, for which he obtains the title of First Shield of Rosaria. From that moment on, he must guard the Phoenix. Even so, after surviving a confrontation with the fearsome Ifrit, he is consumed by a lust for revenge.

In addition to Clive and little Joshua, another of the protagonists will be Jill Warrick. She was born in the north, but was uprooted from her homelands to become a guardian of Rosaria. His role? Ensure peace between both nations. The archduke raises her along with his children and is already part of the Rosield house.

Final Fantasy XVI, which has already completed its basic development, will come out first on PS5, although as we have mentioned, it is a temporary exclusive, so that later it can be marketed on other platforms.