E3 2021 | Everything we know about Halo Infinite 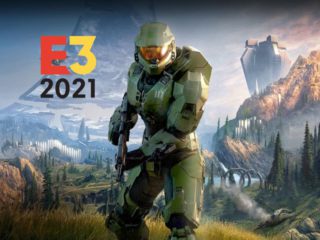 Halo Infinite It’s one of the big draws of E3 2021. After a rough year for 343 Industries, the Master Chief is heading to Xbox Series X | S, Xbox One, and PC sometime later in the year. So far it is the only game on the Redmond grid confirmed to participate in the June 13 show. What can we expect from his long-awaited return? We review the keys of one of the great names of the fair.

Halo Infinite, more than the return of the Master Chief

We must go back almost a year to know the first official gameplay of Halo Infinite. Despite the criticism about its visual appearance, which led him to delay its launch, it transmitted a back to the roots. We talk about elements such as experimentation through the physics system. Thanks to the introduction of the hook, one of the new gadgets that join the arsenal, we will be able to gain in mobility and action capacity. Can an explosive barrel help you take down a group of Covenants? Drag it towards you and throw it through the air.

That line moves to the artistic and sound direction. The Covenant follow a similar model to those of their first appearances, from the Elites to the grunts, far from what was proposed in Halo 4 and Halo 5: Guardians. But also in musical composition, where we can perceive the prominence of percussion before the storm sets in, inherited from the compositions of Marty O’Donnell and Michael Salvatori. Behind the baton are Gareth Coker and Curtis Schweitzer, while Joel Yager will be in charge of the production; the first one will not go unnoticed by Ori’s fans. Coker was in charge of infusing magic on the journey through the forests.

The adventure will take us to a Halo completely unexplored. As we were able to observe during its reveal, the structure of the campaign will vary significantly with respect to the main deliveries. Now we can move as we want through the playable area. The main objective will be indicated on the map, but along the way we will find secondary opportunities. It has not been revealed what format they will have or what structure the progress will follow.

The Banished they will be the main threat that we will find by the Halo. This Brute faction, who debuted in Halo Wars 2, is defined as the legacy of the objective that the Prophets followed for much of the main branch. The Covenant forces will be the first striking force against these mysterious enemies clad in their red armor.

Will E3 be the space where we will see multiplayer? We know that the entire competitive side will be free to play, that is, it will be independent of the campaign experience package and will be transferred to all players at no additional cost. After the elimination of the Xbox Live Gold requirement to access games of this nature, the relevance of its arrival takes on a more important nuance if possible. It will feature gameplay and cross-progress features across all the systems it will debut on. In any case, the next June 13th we will know more information about the game.